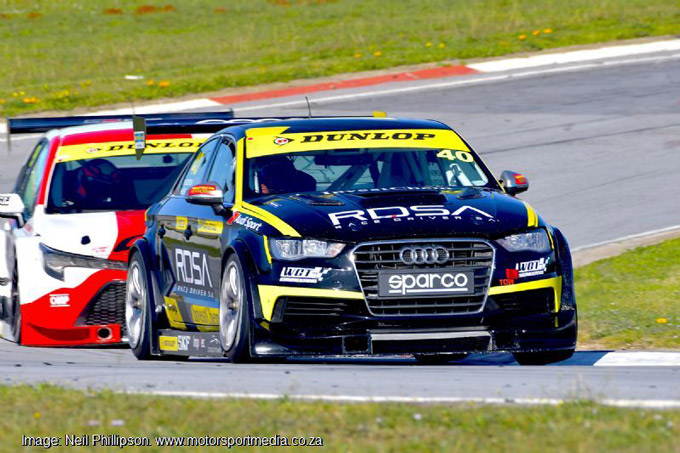 “A Volkswagen Motorsport transporter was involved in an accident that claimed the lives of two of their team members, which overshadowed the entire weekend” Chemical Logistics Racing team principal Ian Schofield said. “On behalf of the Chemical Logistics and Investchem Racing, we extend our deepest and heartfelt condolences to the family and friends of the deceased, and to all at Volkswagen Motorsport.”

Prior to the tragedy, Chemical Logistics Racing’s Robert Wolk enjoyed another strong weekend at Scribante, winning the opening race from pole position, before fighting to fourth in a tough, second reverse grid race. The weekend proved a character builder for teammate Andrew Rackstraw, who made good progress in spite of a troubled day in the RDSA Investchem Audi. Julian van der Watt's Chemical Logistics Ford Focus was likewise blighted by a misfire.

“As a team, we had a positive, if occasionally troubled weekend,” WCT Engineering’s Stuart Thompson concluded. “Unfortunately, tragic events away from the circuit leave our thoughts and prayers with our friends and rivals on their loss.”

Chemical Logistics Racing returns to action at Red Star near Delmas in Mpumalanga on 2 July.