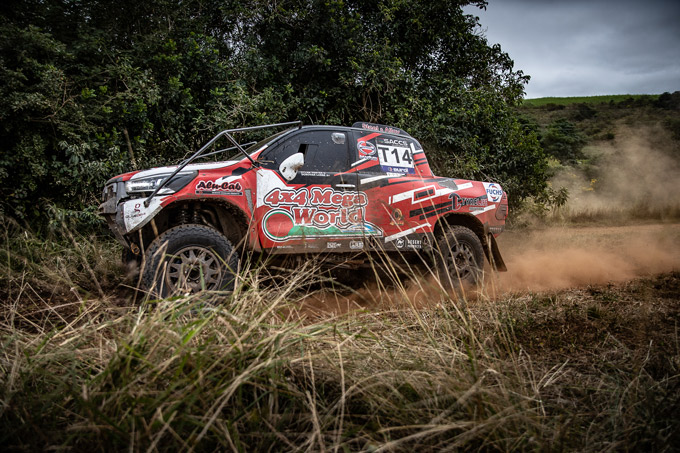 After a break of three months, the 2021 South African National Cross Country Championship (SACCS) will resume on 1 and 2 October with the 4x4 Mega World 400 that forms the fourth and fifth round of the championship. This event will take place from Nampo Park in the Bothaville area of the Free State.

The biggest agricultural show in the southern hemisphere, the annual Nampo Show, had to be postponed for the second consecutive year due to the global pandemic, but like last year, Nampo Park will come alive with the sound of roaring cross country vehicle engines. This event was voted the Best Event of the Year in 2020 and teams can look forward to more of the same when they return to the Bothaville area to take on the two one-day events with the aim of scoring the maximum amount of points possible during the weekend.

True to the character of the SACCS, the two events will present a proper challenge for competitors with a different loop for each of the two rounds of the series. Race Headquarters as well as the Designated Service Park and the Start/Finish on both days will be at Nampo Park.

On Friday, 1 October the 4x4 Mega World 400 will start with a short Pirelli Qualifying Race at 07:30 from Nampo Park. This 15km sprint will determine the starting order for the main race, round four of the series, which starts at 09:30.

The main race comprises a loop of approximately 180 kilometres that will take teams to the east of Nampo Park and competitors will have to complete the loop twice. The loop will include fast open sections with a good mix of technical areas around an old pan, an unused coal power station and old mine dumps that are now covered in grass.

After taking on the awesome descends of the old mine dumps, competitors will head into more challenging bushy sections next to the Vaal River before returning to the DSP at Nampo Park for a 30-minute compulsory service halt, before heading out to complete the loop again. The race will finish at Nampo Park.

An all-new race awaits competitors on Saturday, 2 October for the fifth round of the 2021 SACCS season with competitors heading west of Nampo Park.

The Pirelli Qualifying Race will again be a short 15km sprint to determine the starting order for the main race that starts at 09:30. For the fifth round of the championship on Saturday, the 4x4 Mega World 400 will take competitors on a 180 loop that will be repeated twice, interspersed by the compulsory 30-minute service break. It might look familiar to competitors as it is a similar route to last year although it runs in the reverse direction with just over 40% being new terrain.

Teams will be tested over technical and tight sections that includes a spectacular Super Special set in a field of irrigation pivots. The route has a good mix of bush, soft sand and open sections and promises to be enjoyable to all.

In keeping with COVID 19 regulations, no spectators will not be allowed at Nampo Park and the DSP.

Enthusiasts will be able to follow the event on the RallySafe App, sponsored by Toyota, that can be downloaded free of charge from the Google Play Store or the App Store.