Start your engines - The Simola Hillclimb is here! 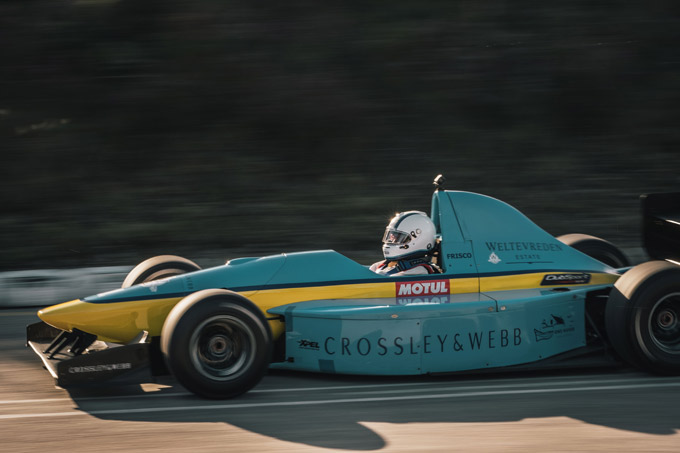 The 11th Edition of the Simola Hillclimb is coming up this weekend! This 1.9km race against the clock, which has captured the imagination of motorsports fans around the world, will be run from 3 – 5 September 2021 in Knysna. This year’s Simola Hillclimb competitors will include a number of former category champions, driving exceptionally powerful vehicles that have been tuned and boosted to achieve unbelievable speeds. With numerous records on the line, this promises to be a competitive and exciting event, despite the absence of spectators.

While much of the attention will focus on whether anyone can break Andre Bezuidenhout’s overall lap record of 35.528 seconds, set in his Gould McClaren GR55 back in 2018, a number of other fascinating battles are expected to unfold over the course of the event.

Bezuidenhout will be returning in the same car, looking to shave even more time off his own record. He will also feature on Classic Car Friday, behind the wheel of a 1974 Porsche Martini RSR.

In this category, he’ll face stiff competition from a number of other Motul-backed drivers, including Clinton Laurens of Laude Classic Cars in a 1984 Jaguar XJS (an original Tom Walkinshaw reproduction that has been completely rebuilt as part of ‘Project Thundercat’, with the express purpose of entertaining motorsports fans), Nadia Viljoen from Wat Swaai Jy in a 1967 Morris Mini 1275, and representing Lindenberg Racing is father and daughter team Peter and Paige Lindenberg with Paige in the Ford Fairlane and Peter driving the Shelby GT350, while James Temple will be competing in the Ford Daytona Coupé, with Djurk Venter’s Ford Capri Perana.

A measure of the renown that the Simola Hillclimb has gained globally is the fact that Pikes Peak contender Cole Powelson of the USA will be racing, and the King of the Hill category will also feature the legendary Peter Lindenberg, fresh from Classic Car Friday. The Motul-backed contingent will also include Willem Baard (Nissan GTR R35) and Arnold Du Plessis (Mini John Cooper Works), both from BB Racing, plus Janus Janse Van Rensburg of Pretoria-based Club23 in a Nissan Skyline R32.

Paige Lindenberg will also star in one of the most eagerly anticipated contests of the weekend, the unofficial ‘battle of the bakkies’ as part of the King of the Hill category. Driving a mighty Road to Race (RTR) supercharged V8 Savage 660 Ford Ranger, Paige will go head-to-head against first-timer Francois Fritz in a 2011 Toyota Hilux featuring a 5.0-litre V12 engine with twin turbos.

Bakkies are of course a huge part of SA’s motoring culture, the Ford Ranger and Toyota Hilux are two of the most popular vehicles in the country – and well-known for inspiring passionate debate between rival fans!

This year’s Simola Hillclimb is taking place exactly 50 years after Motul launched the first-ever fully synthetic oil in the automotive market. Their flagship product, 300V, (which takes its name from the number of victories attributed to its use even before it was officially launched in 1971), along with some of their other oils, lubricants and additives, will be supplied to Motul-sponsored drivers, in the quest for enhanced performance. The latest formulation of 300V launched at 24H of Le Mans recently and will be available in South Africa early next year.

“The Simola Hillclimb is one of SA’s most exciting events,” commented Mercia Jansen, Motul Area Manager for Southern and Eastern Africa. “It’s a real test for both cars and drivers, and a real proving ground for Motul products,” she added.

To watch all the Simola Hillclimb action, visit: https://www.speedfestival.co.za/