Five US GT3 wins out of eight starts for Jordan, Andrea 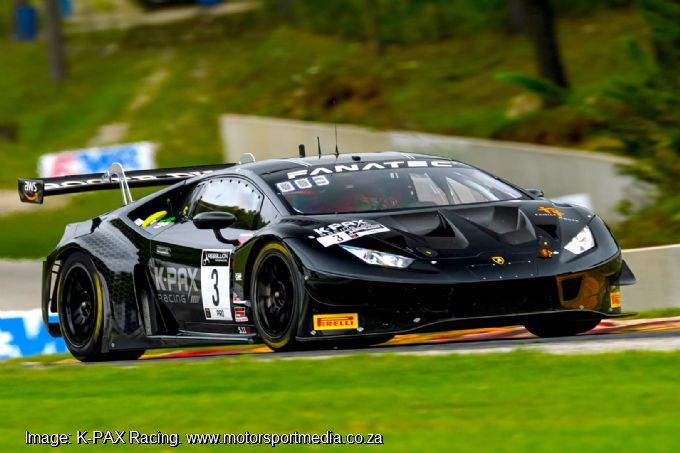 South African international GT racing hero Jordan Pepper and Italian co-driver Andrea Caldarelli drove their K-PAX Racing Lamborghini Huracán to their fifth GT World Challenge America win of the season out of eight starts in the opening race at Road America in Wisconsin on Saturday. The duo backed that up with a podium third on Sunday to leave Wisconsin in decisive championship advantage with five races left to run.

“Road America tops a great GT World Challenge America season so far,” Jordan explained. “Andrea put it on pole and handed the car over to me to drive home for our fifth win in seven races on Saturday. “Sunday’s second race was a little more of a challenge — I got caught up in a bit of an incident on the first lap and dropped back. “That also earned us a 15 second penalty at our stop, so both Andrea and I had to fight hard for that third place!”

Former Bentley Boy and Bathurst 12 Hour winner Pepper moved across to the US series with his Sonoma, California-based K-PAX team after the British marque exited racing at the end of last season. Jordan teamed up with Caldarelli and Lamborghini Squadra Corse for a tilt at GT World Challenge America aboard one of its pair of Huracán GT3 EVOs.

“It’s been something of a fairytale season to be honest. “We started with three wins in a row and we have now added two more wins, so we are now in a handy Pro Drivers and Teams championship lead. “Special thanks to my K-PAX Lamborghini team and my co-driver Andrea, this is becoming a season to remember. “The season just gets better and better too — we now head to classic US Grand Prix circuit Watkins Glen in New York for the next round in three weeks, before Sebring and then Indianapolis in October. “Can’t wait!"