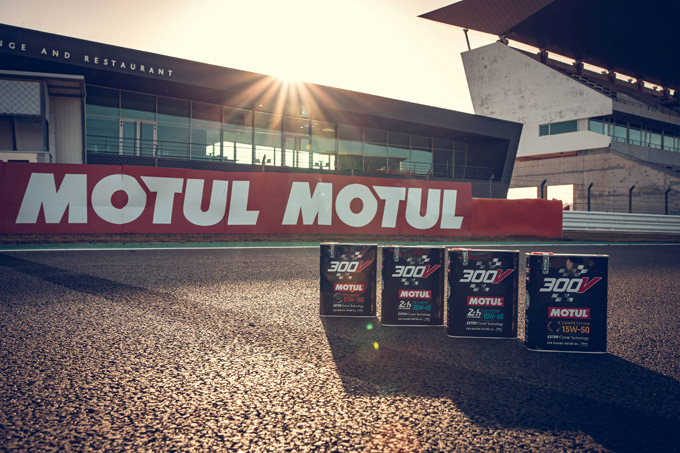 In the world of elite motorsports, one name has been synonymous with success for the last 50 years – Motul 300V. This fully synthetic, best-in-class lubricant embodies Motul’s commitment to continuous innovation in pursuit of racing success. Motul 300V was originally developed to meet the extended racing requirements of participants in the 24H of Le Mans, which is why the latest iteration of this product was unveiled at the 2021 24h of Le Mans, the world’s most iconic endurance racing event.

The launch event also celebrated Motul’s ongoing relationship with the 24H of Le Mans, a partnership of over 60 years that has seen Motul develop a 360° partnership with the event as the official lubricant partner.

Through this decades-long partnership, Motul has been able to refine its lubricant products – including Motul 300V – using insights gained in real-world racing scenarios. In the same way, the latest version of Motul 300V underwent extensive testing at the 2021 Dakar Rally. The extreme conditions encountered on the Dakar, including temperature fluctuations, terrain, dust and dirt, and vehicles and engines being pushed to the limits of their performance, enabled Motul to perfect the formula of Motul 300V.

2021 marks the 50th anniversary of the launch of Motul 300V, a lubricant which takes its name from the 300 racing victories that Motul products had already contributed to by the time Motul 300V first appeared in 1971.

“The history of Motul 300V encapsulates the Motul story, with continuous technological innovation being applied in the quest for improved performance,” commented Mercia Jansen, Motul Area Manager for Southern and Eastern Africa. “With the new formula of Motul 300V due to arrive in South Africa in early 2022, South African drivers will once again be able to benefit from the latest race-winning lubricant technology in their own vehicles as Motul delivers on its promise of continuous product improvement,” she added.

Besides powering most of the LMP2 teams on the 24H of Le Mans grid, including 2020 category  winners United Autosports, Motul is proud to be the official lubricant partner of Scuderia Cameron Glickenhaus. After testing the new Motul 300V, Jim Glickenhaus, Founder of Scuderia Cameron Glickenhaus shared his excitement about the new product: “The new Motul 300V makes a gigantic difference. In challenging racing conditions, the engine often gets stretched to its limits, therefore we need a reliable lubricant which will make the engine able to continue the race. The new Motul 300V is exactly that. We have full confidence in this lubricant.”

For live coverage of the 24H of Le Mans race and exclusive behind-the-scenes interviews with drivers go to 300V TV on YouTube, click here, and for the official launch of Motul 300V click here. 300V TV will be aired and shared across all Motul social media channels, and to enjoy competitions and other interesting information around 300V, please check out the MotulSA FB page.

To learn more about the new formula Motul 300V and the improvements and benefits it offers, visit: https://www.motul.com/