Looking back at two decades of SACCS champions – who will it be this year? 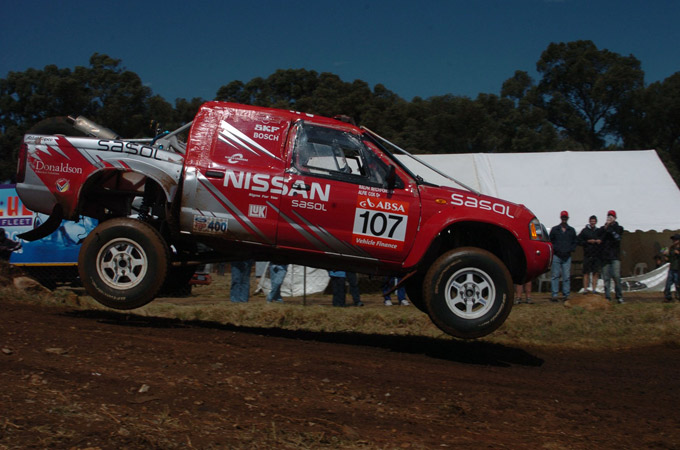 With the 2021 South African National Cross Country Series (SACCS) in a mid-season break of three months and teams preparing for the final three events of the Production Vehicle and Special Vehicle Championships, it is the perfect time to look back at the records while waiting in anticipation for the outcome of the championships.

Giniel de Villiers (Toyota Gazoo Racing), who has won the Production Vehicle Drivers’ Championship three times before, is currently leading the standings by a narrow margin. His team-mate, Brett Cummings, the 2019 and 2020 Navigators’ Champion has scored points this season next to stand-in driver Guy Botterill, as well as the defending Drivers’ Champion and his regular partner Henk Lategan, is the leading navigator with somewhat of a breathing space.

In the Special Vehicle Category, the 2019 Overall Champions, Lance Trethewey and Adriaan Roets (BAT) are the clear leaders after a clean scorecard and three victories.

The list of champions over the past two decades includes quite a few familiar names who are still active in the SACCS.  In the Production Vehicle Category, Neil Woolridge and Kenny Skjöldhammer claimed the title at the turn of the century (2000) with a Mitsubishi Pajero.  De Villiers won his first Cross Country title in 2001 behind the wheel of a Nissan Hardbody together with Francois Jordaan. De Villiers did so again 16 years later when he added two more titles to his list in 2017 and 2018 with Dennis Murphy as navigator in the Toyota Gazoo Racing Hilux.

From 2001 to 2009, the Overall Production Vehicle Champions competed with Nissan Hardbody vehicles and claimed the titles nine consecutive times, under the guidance of the man with the ‘Midas Touch’ Glyn Hall, with multiple track racing champion, Duncan Vos, starting his list of five Cross Country titles in 2002 with navigator Mike Griffiths. He did so again in 2007 with Jordaan as the champion navigator, in 2008 making use of the services of Juan Möhr and again in 2009 with Ralph Pitchford in the hot seat and scooping up the title.

When Vos won the title in 2012 as part of Team Castrol Toyota Hilux – this time with Rob Howie claiming the Navigators’ Championship – adding a fifth Cross Country title to his name, he became the most successful driver since 2000 in the Overall Production Vehicle Drivers’ Championship. The late Apie Reyneke still holds the record with eight titles (1990, 1993 and 1994 to 1999).

Hannes Grobler and Richard Leeke won in 2003 and 2004 with Grobler and Jordaan winning in 2006. Adding his national title scored in 1986 to his name, puts Grobler third between the drivers with four overall cross country titles.

Woolridge started out as a motorcycle rider and champion as did the multiple cross country motorcycle champion, Alfie Cox, who then added a title on four wheels to his name when he won overall in 2005 with Pitchford in a Nissan.

The manufacturer’s winning streak was interrupted in 2010 and 2011 when the privateers and brothers, Chris and Jannie Visser made history. Chris and Japie Badenhorst won the titles in 2010 in their Toyota Hilux with Jannie and Joks le Roux doing so in 2011 after yet another extremely tight season with no less than seven crews going into the final event with a mathematical chance to win.

After the Vissers, the Toyota factory teams ruled the overall Production Vehicle Category starting with Vos/Howie in 2012 and since 2013, four teams claimed two consecutive overall titles each. In 2013 and 2014 track racing star, Anthony Taylor won (Team Castrol Toyota Hilux) with Dennis Murphy claiming the title as his navigator while another track racing champion, Leeroy Poulter won in 2015 and 2016 with Howie bagging his second and third navigators’ titles. De Villiers/Murphy were the 2017 and 2018 champions with Henk Lategan, the youngest driver to win an Overall title, and Brett Cummings clinching the titles in 2019 and went on to successfully defended these in a difficult and tricky 2020 season.

With a mere four points covering the first four drivers in the Overall Production Vehicle Category, anything can happen when the 2021 season resumes on the 1 and 2 October with the 4x4 Mega World 400 at Nampo Park in the Free State.

Only three points separate the winner of the opening round, Lance Woolridge (Ford Castrol Cross Country Ranger) who is second behind De Villiers with Lategan and Brian Baragwanath (Century Racing CR 6) a single point further back and sharing the same amount of points.

Cummings leads second-placed Murphy, who navigates for De Villiers, by 14 points with Woolridge’s navigator, Elvéne Vonk, trailing Murphy by a single point and Leonard Cremer, who has been sitting next to Baragwanath for the past two events, also only one point further back.