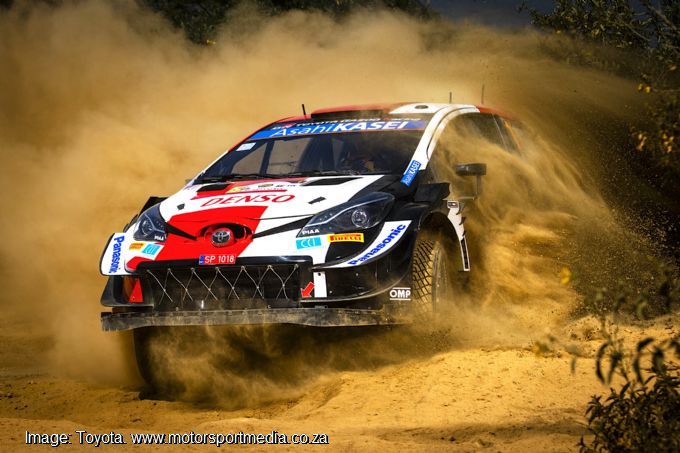 Gazoo Toyota Yaris World Rally Champion Sebastien Ogier’s comeback charge on a gruelling Safari rally was among the highlights of a varied past weekend's international racing, while the South African sport enjoyed a quiet weekend in the face of fresh lockdown measures.

Africa was not kind to the World Rally Championship when a brutal Safari Rally made its return 19 years later. But it was a Toyota 1-2 in the end as multiple reigning world champion Sebastien Ogier fought back to beat Yaris WRC teammate Takamoto Katsuta with Ott Tanak’s Hyundai third. Ogier lost almost two and a half minutes due to Friday suspension dramas, while Hyundai rivals Thierry Neuville and Dani Sordo both retired and Toyota duo Kalle Rovanpera and Elfyn Evans were all sidelined along the way as most crews hit trouble in the extreme rough, dusty and stormy rally.

South Africans meanwhile enjoyed mixed weekends racing overseas. On two wheels, an annoyed Darryn Binder was docked three places to end up seventh in Moto3 at the Dutch TT in Assen after what appeared to be a marginal track limits call. Fellow Honda rider Dennis Foggia held on to win by seven hundreths of a second. Brother Brad Binder meanwhile struggled home in 12th as Fabio Quartararo dominated the Dutch TT MotoGP ahead of Yamaha teammate and world champion Juan Mir’s Suzuki. Raul Fernandez led teammate Remy Gardner to another KTM 1-2 in Moto2.

Over in the US meantime, SA heroes Cameron Petersen’s Suzuki ended third and Mathew Scholtz’s Yamaha fifth in the weekend’s opening Moto America Superbike races at the Ridge Motorsport Parts, Washington. Sam Lockhoff was fourth in the 600 Supersport race with Dominic Doyle 8th. Schultz then led Petersen home in fifth and sixth on Sunday, while Lockhoff was fifth and Doyle seventh in their second heat.

Elsewhere in the US  Kyle Busch continued that Toyota survival theme to win Sunday’s NASCAR race at Pocono Raceway despite being stuck in fourth gear and running short on fuel. And Harry Tincknell, Oliver Jarvis and Jonathan Bomarito scored a thrilling 0.9-second IMSA  Watkins Glen 6 Hour win for Mazda.

Like most other activities, South African national racing once again now goes into lockdown hold...