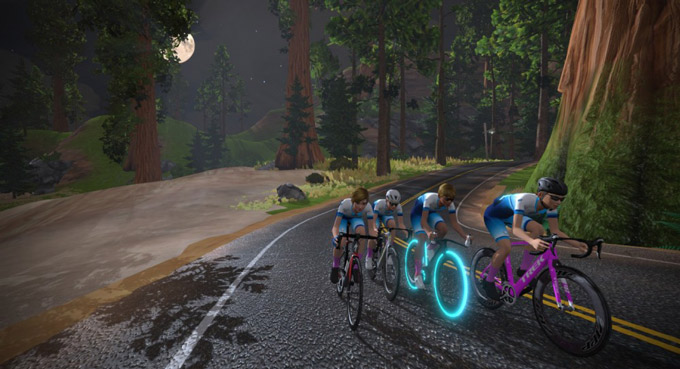 Born out of Team CRYO-GEN, one of the largest Zwift community teams on the planet, CRYO RDT will from today, be officially known as Toyota CRYO RDT following a sponsorship deal signed between the two organisations. Toyota South Africa has long been involved in the cycling fraternity through various clubs and community initiatives and has since shown its commitment to the sport by stepping into the burgeoning virtual arena of eSports.

Last year, Toyota South Africa became the Official Automotive Partner of the inaugural UCI Zwift E-Cycling World Championships. With the rapid growth in the eSports arena and subsequent formation of professional elite teams, it was only a matter of time before the automotive firm looked to align itself with an organisation that shares the same values and ethos - Toyota CRYO RDT was a natural fit.

“The COVID-19 crisis has reinforced what we already knew, namely that eSports is not just hype but a global industry that’s here to stay and one that’s growing in popularity by the day,” said Toyota South Africa Vice President of Marketing, Glenn Crompton. “In addition, the potential to reach a younger, affluent audience in a more targeted way was a further incentive for us to get behind this phenomenon.”

“Toyota South Africa is proud to announce Toyota CRYO RDT as a new partnership in this new-tech digital journey. Toyota has a heritage of supporting the cycling community, making Toyota CRYO RDT the perfect brand fit, merging cycling and egaming – the best of both worlds. This is an association we plan to nurture long into the future,” Crompton added.

CRYO RDT, like Toyota, has an ethos of development and investment in new talent. It is an elite team that was created from one of the largest community teams in the World, believing there was a better way to compete at the highest level in the sport. Not just trying to attract the best riders to join, but identifying those with emerging raw talent and passion who can benefit from the team's experience, skills, and focus on challenging the status quo when it comes to development and innovation. This approach has recently seen CRYO RDT exceed expectations as a team, but also have individual riders recognised at the very highest level.

“We are delighted to be able to partner with such a world-renowned brand as Toyota” said Alan Glendinning, Director of Toyota CRYO RDT. “With this new partnership Toyota CRYO RDT now hopes to take the next step in its development and achieve even greater heights. Going forward this partnership will assist with the standardisation of equipment within the team which is key to the development of fair and competitive eSports - a goal shared by both organisations.”

Formed in April 2020 as CRYO RDT (Race & Development Team), the team boasts a multi-national men’s and women’s squads that compete at the highest level on Zwift, a multiplayer online cycling and running platform that enables users to interact, train and compete in a virtual world.

Since its inception CRYO RDT has become a major force in the eSports arena competing against well established and professional teams on the same level. The vision is built on a ‘community based’ team where riders support one another and assist with other roles within the team when not selected to race. Ultimately the goal is to race hard but still have fun doing it.

The team has just finished competing in Season 3 of the Zwift Racing League, a competition comprising over 1500 teams racing across 120 leagues worldwide. The Women’s team competing at the highest level (Premier Division) and having previously secured 6th and 4th place finishes in Seasons 1 and 2, improved once again with an excellent 3rd place finish in Season 3. The Men’s team having competed in the Community Divisions in Seasons 1 and 2 have just celebrated promotion to the Premier Division after excellent performances in the two race end of season Play Off’s. Toyota CRYO RDT Men’s team are also considered one of the world’s top time trial teams with numerous victories this year in the WTRL TTT’s which regularly attracts in excess of 800 teams each week.

Toyota CRYO RDT provides a supportive and nurturing environment to their elite riders, working with them to help balance their sporting ambitions with their real world situations. Focusing on challenging the norms of over-focus on weight, achievement at all costs, and pushing riders to and past their physical and mental limits, the team prioritises competing fairly and transparently and places their development and support above the goal of ensuring the team wins at all costs.