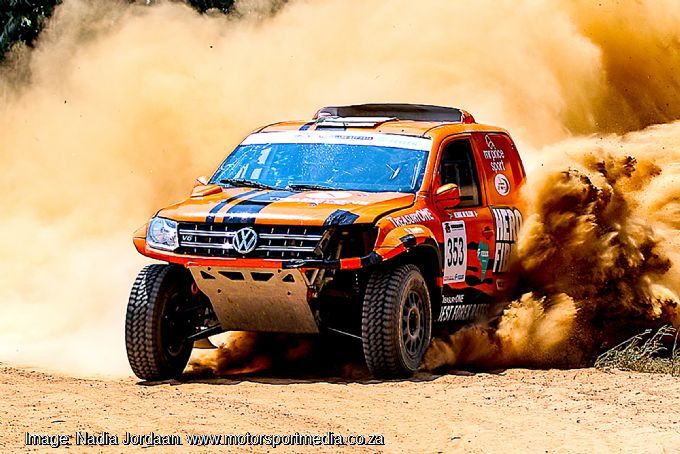 Hennie de Klerk and Adriaan Roets ramped their 2022 Dakar plans up to a new level when they steered their TreasuryOne Motorsport Hero Fibre Amarok to a dominant victory in a South African Off Road Racing classic at Barberspan on Saturday. Not only did the duo defeat a top class entry, but they also moved into the IORC championship lead with the win, following their season opening second place at Bieseiesvlei in February.

“I really drove my heart out today,” a delighted 2018 Dakar Car Rookie Winner de Klerk admitted after taking his first major South African off-road race victory. “All the years of training finally came together today, Adriaan did a brilliant job in the navigators seat, Tjart and the Prep Shop Rustenburg team gave us a race winning car and WCT has done a fantastic job in engineering the bakkie. “What a day!”

De Klerk and Roets started the weekend on the front foot as they powered the TOne Amarok to the prologue win, before fending of multiple South African rally champion Guy Botterill’s Gazoo Racing Dakar Hilux and a fleet of Red-Lined Navaras for the win. “We had half the national field racing against us today, so to win against that force is no mean feat and we are thrilled with this result."

De Klerk is also satisfied to have had a clean run in the Delareyville race. “We have had a niggling misfire issue that proved so hard to fix, but there was nothing of that this weekend,” de Klerk concluded. “We will decide in the coming weeks when to switch to our BMW X3 for the rest of the IORC races and start preparing Amarok for the Dakar in January, but we have had a great start to the local season and we are more than happy with that!”