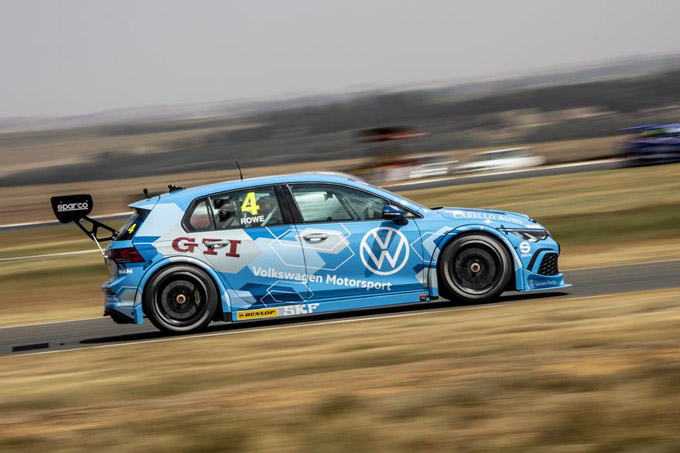 South Africa’s best-selling passenger car brand has confirmed its motorsport plans on the eve of the 2021 national circuit racing season which is set to kick off with Round 1 at Cape Town’s Killarney circuit on 19 and 20 March. Volkswagen, who has been one of the biggest supporters of local motorsport as a whole and particularly circuit racing and driver development over the past few decades, will continue to invest in the sport 2021.

Volkswagen’s motorsport involvement will be broader as the company aims to lend some support and stability to an industry that has also been hard hit by the ongoing pandemic. Volkswagen Group South Africa (VWSA) is responsible for one of the country’s biggest success stories when it comes to circuit racing in the form of the Volkswagen Polo Cup. VWSA will continue to be the custodians of the series in 2021.

“We are pleased to announce that the Volkswagen Polo Cup will continue to entertain fans and spectators with the usual spectacle that only the one-make series can provide,” commented Mike Rowe, head of Volkswagen Motorsport. “Unfortunately, fans will only be able to follow the action online as spectators are still not allowed at racing circuits due to the ongoing pandemic. The sport has adapted its communication strategies. Through livestreaming and other social media platforms fans will still be able to follow every piece of the action.”

If the last two and a half decades are anything to go by, the action will once again be fast and furious. The Volkswagen Polo Cup is renowned for its ability to unearth and nurture young talent with many of its former participants and champions going on to achieve huge success in various other racing series and a few more already reaching the very top on the international stage. 2021 should be no different as the entry list contains a good mix of experienced drivers as well as a few new names that have now made the switch to the successful tin top series. Some of the established names that will surely be title contenders include Keegan Campos as well as former race winner Jurie Swart. JP van der Walt has shown race winning pace during 2020 and KZN-based Clinton Bezuidenhout narrowly missed out on the 2020 title and will have every intention to go one better in 2021.

All eyes will be also on youngsters Jayden Els and Leyton Fourie. Both are former karting champions and both have bright futures, especially Fourie who became the youngest driver ever to win a Polo Cup Race when he did so in 2020. Add to this list the talents of Baksi Komane and his teammate Nathi Msimanga, as well as karting sensation Kwanda Mokoena who will all enter their second year in the series, and it becomes very clear that the series once again will see very stiff competition. And that’s still before you add the newcomers to the mix. This list contains the likes of lady driver Lonika Maartens and Cape Town karters Charl Visser, Jason Coetzee and Tate Bishop. “It’s fantastic to see how this racing series can continue to attract so many young and talented drivers, and that after 25 years. It’s equally good to know that we have partners who also continue to support the series, such as Dunlop who will expand their involvement during 2021,” added Rowe. For the new season, all Polo GTI’s will be shod with Dunlop’s race-proven Direzza DZ03G semi-slick racing tyres. “The Dunlop brand is honoured to be a part of this prestigious series and we are looking forward to the exciting driver line-up and close racing that the Volkswagen Polo Cup always delivers,” said Shailesh Singh, Manager: Channel Development (Inland) and Motorsport.

Besides seeing 22 Polos battle it out in the Volkswagen Polo Cup, Volkswagen Motorsport will continue to provide support to the various teams and drivers in the exciting SupaCup category of the Global Touring Car (GTC) series. These cars have proven to be very reliable and popular and as such, the field is set to grow to more than 15. Volkswagen will also once again field its 2016 Driver Search winner, Jonathan Mogotsi, as the official Volkswagen Motorsport factory driver in this series. Mogotsi has shown his pace and will be considered a title contender against some of the stiffest competition on offer.

For Volkswagen as a motor manufacturer and a leading one when it comes to the South African passenger car market, 2021 will be all about the arrival of the new sporty Golf 8 GTI. Golf and especially GTI have helped to shape the motoring landscape in this country over the past 40 years, and 2021 will be another milestone in that story. As a result, Volkswagen Motorsport is perfectly positioned to align itself with Volkswagen’s overall marketing strategy surrounding the new Golf 8 GTI, thanks to the two new Golf GTI racecars that were built in 2020. To coincide with the launch of the new Golf and its relevant marketing activities, the racing Golfs will be utilized at a number of races such as a selected few rounds of the South African Endurance Series as well as other prestigious motoring events like the Knysna Hillclimb “The car will come up against very stiff opposition and fast cars on both accounts, providing us with a great opportunity to showcase its technology and reliability. Between all of these different motorsport programmes, we are happy that Volkswagen can continue to support and even expand our motorsport involvement. And that is exactly what the sport currently needs,” concluded Rowe.