Will The Real Supervan Please Stand Up? 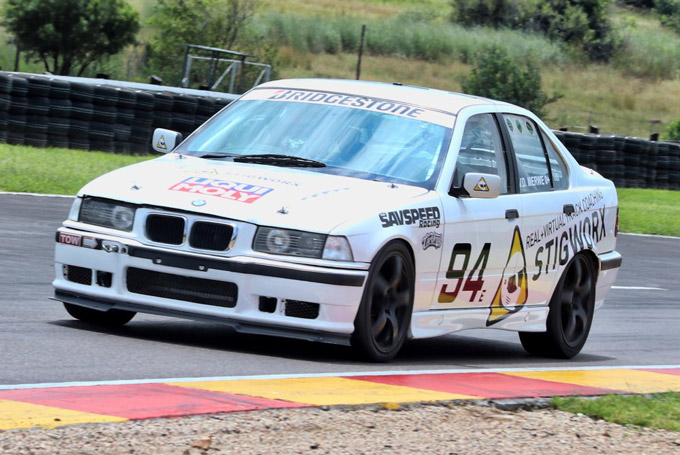 Stigworx, the track driver coaching company, will be sponsoring a rookie driver in the BMW Challenge, the Gauteng BMW Club’s regional race series.

“Project Supervan” is an initiative between inveterate car guy Hein van der Merwe and Stigworx founder Adrian Burford, with the objective of focussing on the driver to go faster, rather than trying to buy speed by throwing vast sums of money at the car. The two met when Hein was using a Toyota 86 for track days, with Adrian subsequently using his unique coaching methodology to improve lap times.

It was only a matter of time before he graduated to hardcore racing, despite repeated warnings as to the dire consequences that came with it.

The Stigworx founder explains: “It’s an old joke but true nonetheless – the best way to make a small fortune out of motor racing is to start with a large one and it is easy to get sucked into the whirlwind and end up spending indecent amounts of money.

“But it isn’t necessarily the best way to get fast. Our coaching method – in which a combination of satellite-based information along with synchronised video and audio is captured by a VBOX datalogger – improves technique. It, therefore, gives you “embedded” speed, rather than the transient speed that comes from putting on fresh tyres, for example. The VBOX method will be used at each circuit to help the driver get the maximum potential from the car.”

While the E36 325i which Van der Merwe will campaign is now the best part of a quarter-century old, it is a sound platform to work from. Being relatively low-powered, smooth and accurate driving is rewarded and parts for it are plentiful and affordable. Stigworx’s branding partner, Honeydew-based Image Build, have done a great job of prettying up the car ahead of its April debut.

“I’m tremendously excited about the year ahead,” Hein enthuses. “I looked at several options and the BMW Challenge made the most sense – it has been consistently successful with a good formula where the class structure is based on lap times. My goals for the season are modest: to have some good hard dices, learn a lot, and cause as little damage as possible while having as much fun as possible. The Stigworx method has already proved its worth in my book. Without it, it would have taken me years and tons of money to get where I am now.”

His objectives dovetail perfectly with those of Stigworx, summed up best by the pay-off line; The Fast And The Fun.