How many WP drivers will be champions again this year? 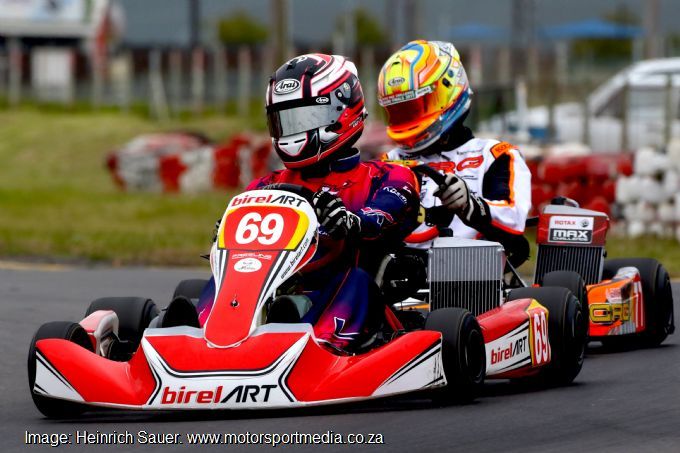 It’s a fresh start as the Province’s best karters limber up for the opening round of the Western Cape Rotax Max Challenge at Killarney on Saturday 13 February. The objective as always, is to take a national championship and earn that ticket to represent South Africa at ‘Olympics of Karting’ international Grand Finals at the end of the year. And as it always is in the opening races, the regulars will have to deal with hot younger class rookies stepping up.

One of two reigning South African champions from the Cape, Sebastian Boyd will be out to do the double in premier Rotax Max's direct drive DD2 gearbox class, where the WP regional action can be expected to be fraught as usual. Boyd will have old rivals and fellow former SA champions Charl Visser and Jason Coetzee to deal with, while Joseph Oelz makes a thrilling addition to the top class. And will Umpie Swart be back too?

The DD2 Masters runs with the regular top class runners in the regionals, where Conor Hughes should be the man to beat. We however expect the likes of Andrew Thomas, Andre Steenkamp and Jarred Jordan to make him sweat for those over-32 laurels.

The top chain drive Senior Max will surely deliver fireworks once again this year. There, the other Cape-based South African champion Tate Bishop will be the lad to beat. But rest assured he’s not going to have it easy. Brothers Charl and Junior graduate Kyle Visser, seasoned duo Andrew Rackstraw and Jason Coetzee and the plucky Storm Lanfear will be out to get Bishop, with Junior refugees Troy Dollnschek, Kyle and Andre le Riche perhaps also joining the fray.

Moving on to the schoolboy classes, high school age Junior Max is all-new with former Mini kids Reza Levy and likely also Jason MacBeath joining the fray. Matthew Wadeley and Ethan Stier will have to defend old school honour, but remember, there’s never a quarter taken or given in testosterone charged Junior Max. So look forward to blistering action there.

Then of course the baby Bambinos, where it’s likely to be all change following those regulars noted above moving up to Micro Max. That also means we will have one or two karting newcomers joining the ranks to take on regulars the likes of Michael Dank, Siya Ntuli and Liam Wharton. The opening round WP Rotax Max Challenge races happen behind lockdown closed doors on Saturday.