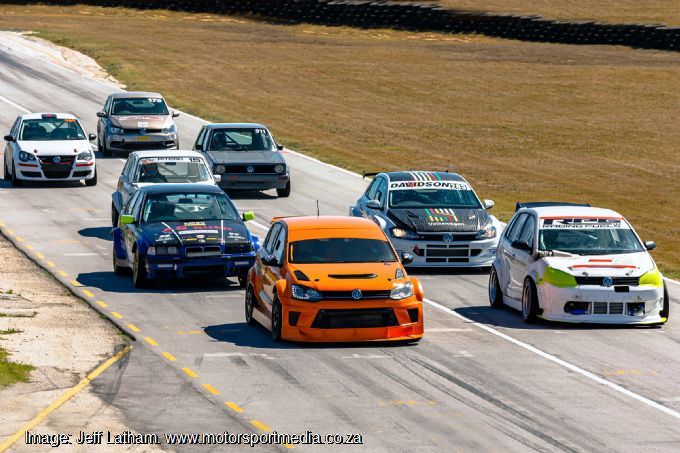 The opening round of the 2021 Eastern Province Regional Motor Racing Championships went down at the Aldo Scribante Racetrack outside Port Elizabeth on Saturday. It was a fun day of quality rather than quantity on track action that also saw the Algoa Club’s Development programs deliver some promising results.

Top of the program was the opening round of the Eastern Province Regional Saloon Car Championship, where Class A favourite Deon Slabbert came out with all guns blazing to sweep to three dominant wins aboard his Emerald Fire VW Polo. Behind him, Marais Ellis’ Class C Auto Magic BMW put one over Class B driver Duncan Lethbridge's St Francis Marine Polo in the opening race.

Slabbert did the triple over Ellis and Davidson, while Forword, Phillips, Boshoff and Njumbuxa entertained again as Lethbridge hit trouble in the final. So Slabbert took the day from Ellis, Forword, Boshoff and impressive development rookie Njumbuxa all split by a few seconds overall.

Sticking with the development theme, Dylan Grobler was also in fine form in his Honda NSF 100, where he led Ethan Diener home in all three races. There was a thrilling scrap behind between Red Dragon AMSC Development duo Thandolwethu Mphuthi and Anikilitha Nombana, who moved up to third in the second and third races to take the podium slot for the day. Dylan Grobler was also on form in the Honda CBR 150 races, where he beat the battling William Kew and Jessica Vermaak, Michele Konig and Ethan Diener.

Last but not least, the ever-popular PE Street and Fine Cars entertained as Tom Hugo beat Greg Forword’s VW Polo in race 1 with Gordon Nicholson’s Bright’s Audi and Andrew Boshoff's Outback Brights VW Golf next up. Nicholson was far enough ahead to escape a 4-second break out penalty in race 2 from Hugo, Forword, Boshoff and Joel Steenekamp’s Shadow 2000. Hugo took the final from Nicholson and Forword as that trio came home in that order overall.

The second round of the EP Regional Motor Racing Championships happens on 6 March.