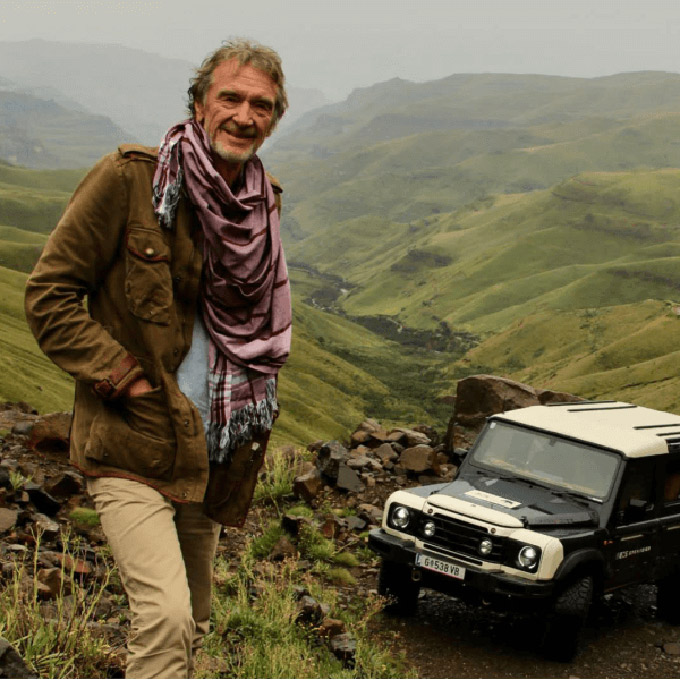 Over the past two years, our ‘Building the Grenadier’ series has revealed every stage of our proper 4X4’s development. Now, after 1.1 million miles of testing, the Grenadier is almost ready for production.

At this important milestone, we speak to the man behind it all: INEOS Chairman and CEO, Sir Jim Ratcliffe, as he looks back on where it all began, the Grenadier journey, and what the future holds for our rugged 4X4.

WHERE IT ALL BEGAN

Much of the world is ‘off-road’. Yet car manufacturers are busy making luxury SUVs built more for their height on the road than their off-road capability. That’s where Jim recognised a gap in the market for the type of seriously capable, durable 4X4 that no-one’s building anymore. That’s what sparked the conversation between him and some friends in the Grenadier pub in 2017.

In the years since, the Grenadier team has worked tirelessly to overcome challenge after challenge, to make Sir Jim’s vision for a 4X4 built for the world a reality.

The road to production hasn’t been easy. But as Sir Jim says, if you set your mind to it, you can achieve anything. In this episode, he shares how a company with no automotive experience has gone about getting a vehicle ready for mass production.

He also covers some of the most interesting aspects of the Grenadier story. The challenges faced to stick to the original concept. The lively discussions about every aspect of the Grenadier between engineering and design. And what it’s been like sharing this journey so openly with the public.

LOOKING AT THE ROAD AHEAD

Spoiler alert. INEOS isn’t letting up after this year’s models roll off the production line. Jim has much more to say about longer term plans for INEOS Automotive, discusses the possibility of building specialist vehicles for particular roles, and shares his vision for hydrogen and battery-powered Grenadiers.