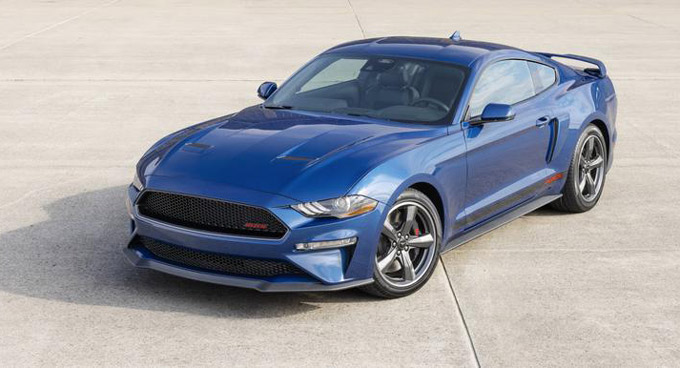 The quintessential style of west coast America is crossing the Atlantic as the Ford Mustang California Special is making its way to South African shores. Embodying the free-spirited ethos of the 1968 original, the new California Special will be offered locally exclusively in Fastback coupé body style and is limited to just 100 units.

“The California Special is a huge part of the Mustang’s legacy in America and it symbolises so much of what Mustang stands for – the joy of driving and the freedom of the open road. Those ideals resonate just as strongly with driving enthusiasts and Mustang fans in South Africa. It’s about time customers got to experience the unique California Special blend of style, performance and driving fun,” says Doreen Mashinini, General Manager for Marketing at Ford South Africa.

When the now iconic Ford Mustang first hit the streets in 1964, owners’ clubs sprang up across America, with many regional dealers creating their own personalised designs. One – inspired by the 1967 Shelby GT notchback coupé prototype – came to be called the California Special. Impressed, Ford put a limited number of California Special cars into production for 1968.

The newest interpretation reflects the original with a honeycomb front grille finished in Ebony Black and featuring a GT/CS badge in Race Red, as well as lower side stripes finished in black, red and grey. Incorporating GT/CS logos, the stripes run from the front to rear wings and feature a hidden “California Special” script that is almost invisible in low light conditions but becomes much more prominent in stronger sunlight. Eight exterior colours add further visual flair, including signature Atlas Blue and Cyber Orange.

Local pricing and further details will be available at launch later in the year.

The iconic Ford Mustang is revered among enthusiasts, with many owners and fans coming together to celebrate World Mustang Day on 17 April. It’s no surprise that this legendary car continues to lead the sales charts. It was the world’s best-selling sports coupé for the seventh consecutive year in 2021, selling across 146 countries as Ford continues to grow its iconic brand globally.

In South Africa the Mustang remains in a class of its own, achieving 87 percent share of the sports car segment last year, with 3613 units finding happy homes amongst enthusiast owners since the model was first launched locally. “The success of the standard Mustang models and the addition of exclusive limited-edition variants, such as the Mustang Mach 1 which was introduced last year, certainly adds to the appeal of what is undeniably one of the world’s most recognisable and revered automotive nameplates,” Mashinini concludes.