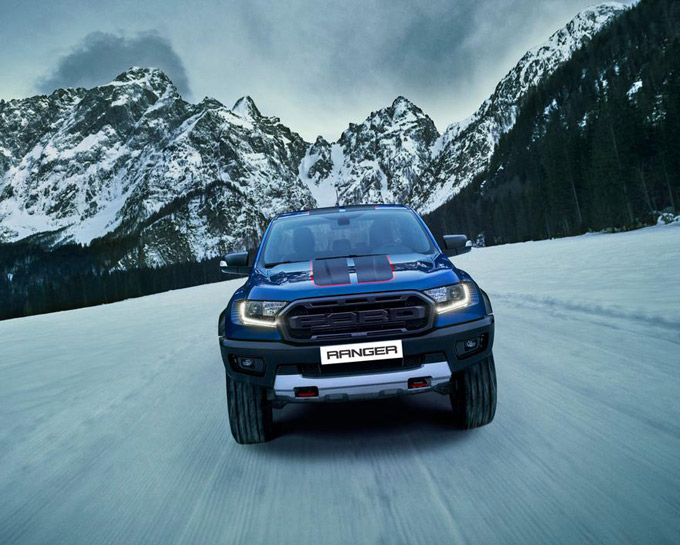 The Ranger Raptor – the toughest, highest-performing variant of one of South Africa’s best-selling bakkies – is set to get even more desirable as Ford confirms the launch of the new Ranger Raptor Special Edition in South Africa.

Built in limited numbers to ensure exclusivity, the new Ranger Raptor Special Edition enhances the thoroughbred bakkie’s commanding exterior and premium interior with the addition of several functional and styling enhancements – from eye-catching decals and red accents to the fitment of the integrated sports hoop and practical Mountain Top lockable black roller shutter.

Developed by Ford Performance as the ultimate Ranger model, the Ranger Raptor created an entirely new segment in the light commercial vehicle market when it was launched in 2019, featuring an ultra-strong chassis, bespoke suspension and tyres, and a Terrain Management System to support the thrill-seeking outdoor lifestyles of true off-road enthusiasts.

“The new Ranger Raptor Special Edition adds even more dramatic style to this trend-setting model which remains unequalled in the popular bakkie segment two and a half years after it was launched in South Africa,” says Doreen Mashinini, General Manager for Marketing at Ford South Africa. “The unique exterior enhancements and cabin updates make our off-road performance bakkie even more distinctive and desirable, while the fitment of the roller shutter as standard significantly enhances practicality and security for our customers.”

Complementing the distinctive racing stripes, the front tow hooks are finished in red while the flared wheel arches, front and rear bumpers, door handles and signature Ford-embossed grille feature a matte black finish to create an even more imposing appearance than the standard Ranger Raptor’s grey exterior details. Also new to this exclusive model is the integrated black sports hoop derived from the Ranger Wildtrak, which adds further sporting flair to the Ranger Raptor’s muscular appearance.

The standard fitment of the lockable Mountain Top black roller shutter, previously seen on the Ranger Thunder, is a great addition that allows owners to safely secure goods in the load compartment, away from prying eyes and protected from the elements.

Pricing for the Ranger Raptor Special Edition will be announced closer to launch in Q4.