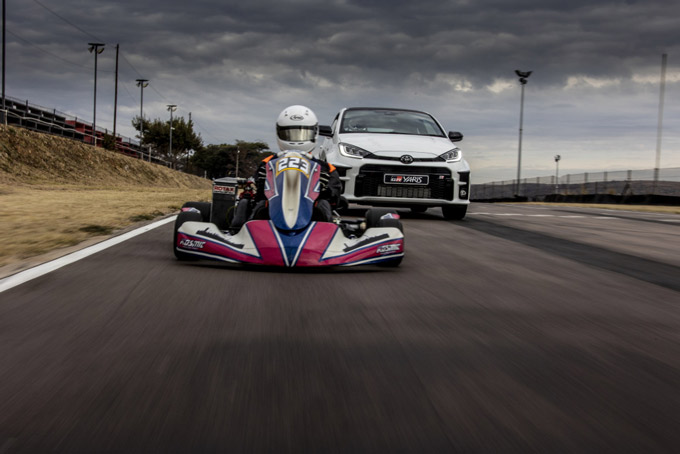 An often-used cliché among the motoring press is the phrase 'it handles like a go-kart'. Well we combined South African karting champion Leeroy Poulter, the intricate Zwartkops Karting Circuit and the GR Yaris - to see whether it’s pure marketing mantra or tangible truth.

Leeroy is no stranger to karting, having racked up multiple titles as a junior (including a Rotax Max Euro championship) - before venturing into the world of production-car racing, rallying and off-road racing. As the Team Manager of multiple successful 'karters', he knows the unique demands of karting circuits where agility, grip and quick steering response is key.

With its wide stance, short overhangs and feisty three-pot turbo engine - the GR Yaris represents the automotive embodiment of a go-kart. Combine that with impressive stopping power as well as AWD grip, and it more than lives up to the aforementioned hyperbole.

Watch the video to see Leeroy's take on how the GR Yaris fares on a karting track and whether handling like a go-kart is fact or fiction.

Look out for Part 5; where the GR Yaris and the last of our TGR drivers, make acquaintance with some of its iconic predecessors. #GRYARIS