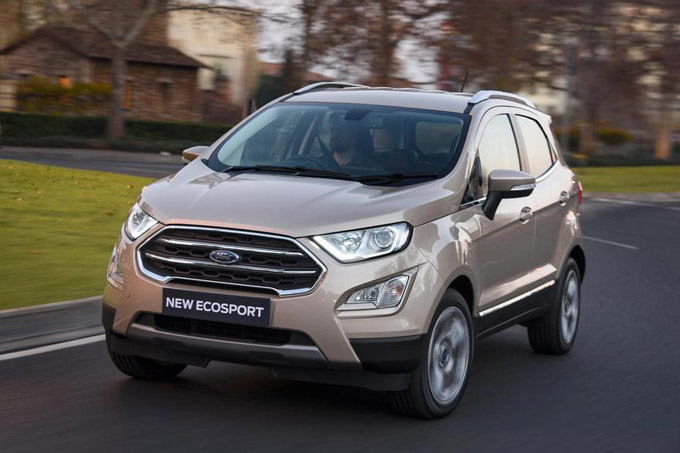 South African motorists intending to travel through the Eastern Cape during the upcoming Easter Holidays will be among the first to do so under the recent renaming of the province’s cities and airports.

The year 2021 has begun with seven cities in the Eastern Cape being renamed, including Port Elizabeth which has now named Gqeberha and remains a region of well-established automotive heritage and investment throughout Ford South Africa’s 96 years of local manufacturing.

The Ford Struandale Engine Plant in Gqeberha is home to two engine programmes, the latest and most advanced being the new-generation 157kW/500Nm 2.0 Bi-Turbo and 132kW/420Nm 2.0 Single Turbo engines that power the locally assembled Ford Ranger and Everest models. To keep up with demand the plant runs two shifts, five days per week, assembling 320 engines per day – or one engine every 134 seconds!

For those motorists who want to be among the first to tick Gqeberha, Kariega (formerly Uitenhage), Qonce (King William’s Town), Nqanqarhu (Maclear), and Ntabozuko (Berlin) off their travel list, the Ford EcoSport will help them and their family do so comfortably, safely and economically.

With a range that was recently expanded with the EcoSport Ambiente Auto, this stylish crossover can tackle rough urban and rural roads thanks to 206mm ground clearance which makes it easier to head off the beaten track compared to a traditional hatchback or sedan. Another area where the EcoSport punches well above its weight is in the number of airbags fitted, as all Ambiente models feature no less than six airbags (dual front, side and curtain airbags), while the Trend and Titanium also incorporate a driver’s knee airbag.

The EcoSport is packed with features to comfortably connect these ‘new’ towns, cities and airports. Trend and Titanium models, for instance, are equipped with cruise control and speed limiter, and also benefit from the inclusion of Ford’s Collision Mitigation System – a pre-collision assist feature that alerts the driver of a potential collision with the vehicle ahead.

Another time-saving feature that assists with the new street names, municipalities and towns is Ford’s SYNC®3 infotainment system fitted to the Titanium derivatives, which is compatible with location services like Google Maps and WAZE through Android Auto or AppLink on iPhone. The smartphone-based apps are continually updated to provide the most accurate information during these transitional phases and without any additional cost to the customer. This technology helps the EcoSport to feel new and modern and enhances the navigation experience, no matter how much the world has changed around it.

“In previous years, name changes like these would have made navigation systems obsolete and redundant,” says Atloli Lesela, Brand Manager at Ford South Africa. “Thanks to Ford’s integration with these navigation services, our customers have the latest live navigation tools right at the fingertips. With the driver prompted by audible turn-by-turn directions, getting from SA’s new A to B has never been easier. With directions taken care of, the EcoSport’s combination of efficient engines, manual or automatic gearboxes and rugged crossover stance will ensure that going for Gqeberha to Kariega, or any of the other new names around South Africa is an adventure worth doing over again.”