Toyota GR Yaris is the UK Car Of The Year 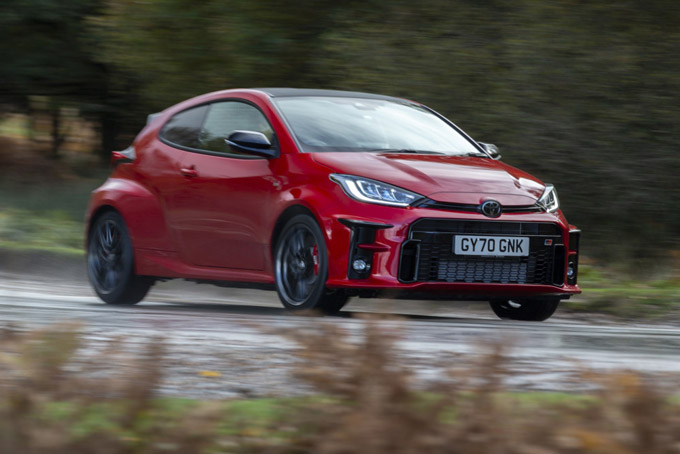 In perhaps its most remarkable award-winning achievement yet, the Toyota GR Yaris has been named the 2021 UK Car of the Year (UK-COTY).

The result reveals the level of love for a car that sits well outside the mainstream: an out-and-out performance hatchback designed and engineered with a focus on the pure joy of driving.

Announcing the result, UK-COTY Director John Challen said: “The GR Yaris exudes the same sort of emotions found in the original breed of hot hatches, with a modern-day twist thanks to advances in automotive technology. The most fun I’ve had behind the wheel of a car for many, many years.”

GR Yaris qualified for consideration having last week won the UK-COTY Best Performance title. In progressing to the top honour, it edged out the Toyota Yaris Hybrid hatchback, the all-new model having been named Best Supermini.

Agustín Martín, Toyota (GB) President and Managing Director, commented: “Our sincere thanks go to the UK Car of the Year judges for giving this prestigious award to GR Yaris. This unique car perfectly expresses Toyota’s focus on the pure joys of driving and how we are drawing directly on our motorsport activities to create ever-better cars for the road. The unprecedented reception for GR Yaris, and for the all-new Yaris range more widely, is transforming the perception of our brand as a maker of desirable cars that are genuinely fun to drive.”

The annual UK-COTY awards are judged by a group of 29 top motoring journalists from across the country, with winners in 12 categories going forward for consideration for the overall car of the year title.

On the local front, the GR Yaris is poised to re-ignite the passion for hot Toyota’s, harking back to the RSi-badged Conquest, Corolla and Cressida of the 80’s, 90’s and 2000’s. The GR sub-brand (spearheaded by President and CEO, Akio Toyoda) has injected true petrol-head passion into the Toyota brand, with products such as the Hilux GR Sport and GR Supra having led the revolution. The GR Yaris builds upon this momentum, having racked up rave reviews from international motoring media, car enthusiasts and YouTube bloggers. It will also mark the first official introduction of a turbocharged, four-wheel-drive Toyota sports model on South African soil.

The GR Yaris will make it local debut in June 2021, with detailed information being released closer to launch timing.