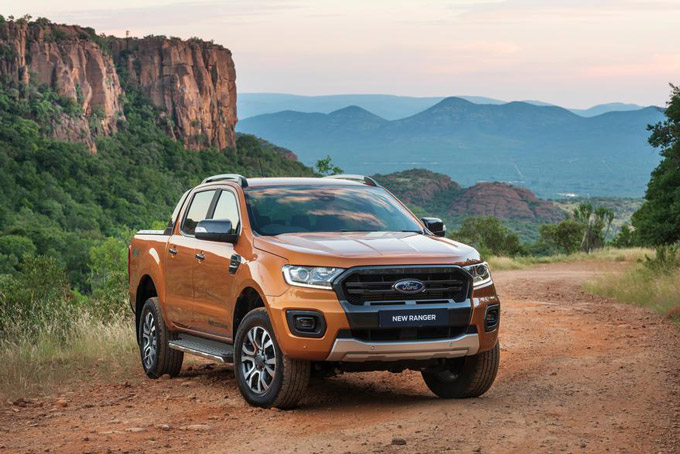 The Ford Ranger has firmly cemented its place as one of South Africa’s best pickups after being selected as the winner in CAR Magazine’s 2021 Top 12 Best Buys in the double cab pickup category for an unprecedented 10th consecutive year.

The annual CAR Top 12 Best Buys Awards is one of South Africa’s longest-running and most respected automotive industry awards – conducted by the country’s largest and oldest motoring publication.

“A big factor in CAR’s Best Buy awards is the legacy vote. If a vehicle has won nine times before – as is the case with the Ford Ranger – it’s going to need something exemplary to knock it off its pedestal. So far, none of the Ranger’s double-cab competition has been able to come up with the goods to pull that off,” says CAR editor, Ray Leathern.

“A Ranger Thunder formed part of our long-term fleet for the last six months and proved an indispensable and comfortable family car, as well as a rugged load-lugger. Amongst other drivetrains, the recently facelifted Ranger relies on a new 2.0-litre Bi-Turbo diesel engine, updated technology and an excellent 10-speed automatic transmission that is the class of the field,” Leathern says. “What’s more, the Ranger Raptor, along with a host of cleverly conceived derivatives like the Wildtrak, Thunder and FX4, make for enticing high-end bakkies should price not be the ultimate factor.”

Of the extensive double cab line-up, the CAR editorial team picked the 2.0-litre Single Turbo XLT 4x4 with the advanced 10-speed automatic transmission as its favourite model – the same derivative (in 4x2 guise) that won its class in the inaugural WesBank Fuel Economy Tour, and topped the charts in the annual AA-Kinsey Report on parts pricing.

“Being awarded the prestigious Top 12 Best Buys Award for the 10th consecutive year from the highly respected CAR Magazine team is a huge accolade for the Ranger, and for Ford,” says Doreen Mashinini, General Manager, Marketing at Ford South Africa.

“We have seen stern competition across the pickup segment, and particularly in the double cab category, in recent years – from value-oriented offerings right through to luxurious range-topping models approaching the R1-million mark,” Mashinini says. “For Ranger still to be ranked as best double cab in its class proves that we still set the benchmark with continuous refinements and improvements that provide even better value, quality and capability for our customers.

“The introduction of the new-generation 2.0-litre Bi-Turbo and Single Turbo engines, along with the trend-setting 10-speed automatic gearbox, in 2019 was a significant evolution for the Ranger, while the Ranger Raptor completely redefined the concept of off-road performance – and we still can’t keep up with customer demand,” Mashinini adds.

Further incremental improvements have helped keep the Ranger at the forefront of its class, with the introduction of eye-catching LED headlamps and LED daytime running lights and the addition of the Ranger XL Sport as a high-value option at the end of last year, followed by the recent debut of the new Ranger FX4 as a stylish contender for lifestyle-oriented customers.

Along with the new FX4, Ford also introduced the FordPass app and FordPass Connect embedded modem as standard on all Ranger XL, XLS, XLT, Wildtrak, Thunder and Ranger Raptor models from February 2021 production – taking vehicle connectivity to new heights. This system makes it possible to lock and unlock the doors, start the engine to activate the climate control system (automatic models only), find the vehicle’s location and nearby Ford dealers, and even access useful information such as fuel level and oil life, schedule vehicle services and locate parking. All this can be done on a mobile phone using the FordPass app.