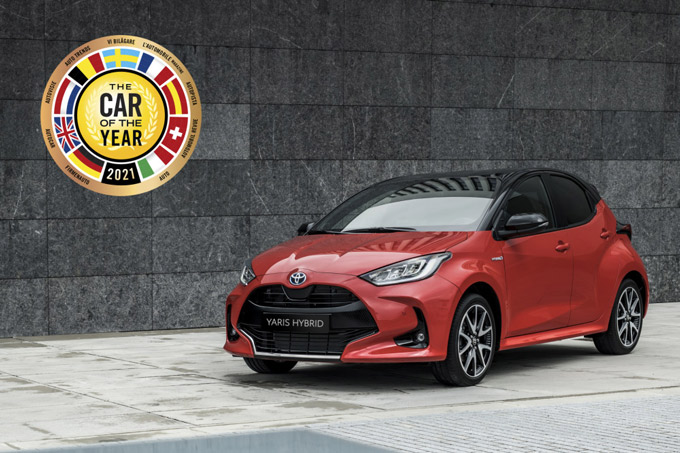 The all-new Toyota Yaris has been named the 2021 European Car of Year.

Selected by a jury of 59 automotive journalists from across Europe, the fourth generation Yaris receives the award 21 years after the innovative first generation model was given the honour, in 2000. Since then, Yaris has been consistently recognised by the Car of Year judges, with each new generation of the car making the award’s shortlist.

This year the jury praised Yaris’s hybrid electric technology for its smooth driving, low emissions and accessible price point, illustrating why more than 80 per cent of European Yaris customers choose the hybrid powertrain. In the UK, Yaris is an all-hybrid model range.

Yaris was also recognised for its design, dynamic performance and class-leading safety. Furthermore, the jury particularly appreciated Toyota’s success in re-igniting passion for the hot hatch market across Europe with the launch of the GR Yaris.

While the fourth generation (European) Yaris is not currently available in South Africa, the exhilarating GR Yaris will join the local line-up in June this year. The GR-variant builds upon the core competencies of this award winning hatchback and offers a nostalgic throwback to the adrenaline-infused turbo AWD cars of the 90’s.