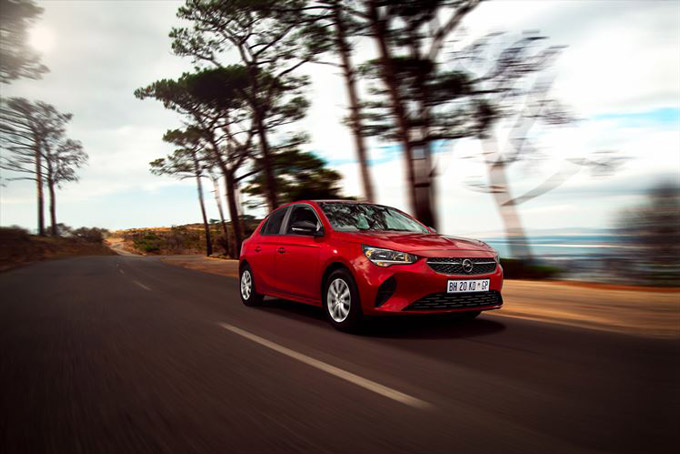 The much-anticipated incorporation of the Opel brand into the Peugeot Citroen South Africa (PCSA) stable has taken place. We are pleased to announce PCSA has become the official distributor of Opel vehicles in South Africa from the 1st of January 2021.

Opel has a long and distinguished history in South Africa, with presence in the market since the 1930s. The brand is expected to continue growing from strength to strength owing to the solid foundation built in the 80-plus years here in South Africa. It was one of the few International Car Brands to allow special edition models to be developed uniquely for the South African market.

The Opel brand has also enjoyed critical acclaims in South Africa, winning the South African Car of the year title 4 times since 1991. “Of course, we are very excited to be distributing Opel vehicles” said Leslie Ramsoomar, Managing Director of Peugeot Citroen South Africa, “the brand has a large following locally, and the future product line up is very exciting, with 4 product launches or updates planned for this year”.

PCSA, which is a wholly owned subsidiary of Stellantis, currently distribute Peugeot vehicles and since October 2019 Citroen vehicles as well. Opel becomes the third Stellantis brand to be distributed by PCSA. “It is a natural progression, as the three brands complement each other, each appealing to a specific customer profile” stated Ramsoomar. “In addition, it allows our multi-brand dealers to have a single point of contact with the OEM”.

PCSA have been very clear in their approach to the Opel Brand, assuring dealers and customers, that the impact to them should be minimal, with no immediate changes planned to the existing dealer network, customers can be assured that they will still have access to the same service points as they previously did. “One of our focus areas for this year is training, with an emphasis on quality and customer service” assured Ramsoomar,” working with the existing dealer network”.

The announcement of the distributorship comes with great news: The introduction of the much-anticipated, award winning ALL-NEW 6th Generation Opel Corsa, which will be available at Opel dealerships across South Africa from mid-January this year.

This FUTURE-READY GERMAN CITY-CAR is more than just a style leader; it is an award-winning titleholder from the 2019 Frankfurt Motor Show for the Best Buy Car of Europe, 2020. The AUTOBEST jury, made of international journalists from 31 countries, chose the Opel newcomer as the car with the best price-performance ratio in Europe. It also scored an AUTOBEST title hat-trick in three successive generations.

The newcomer keeps getting it right; in Germany, it has been named Company Car of the Year, and most recently, it received the Connected Car Award from the Auto Bild Group. In Spain, the New Corsa won the Premio Best Car Coche Global title; there is nothing this ALL-NEW 6th Generation Opel Corsa cannot do.

CORSA EDITION will soon be seen in the streets of South Africa.

This intriguing new model with a 3-Cylinder - 1.2l petrol engine, generating 55kW is a statement of the new bold & pure exterior design of Opel. It emphasises the precision of German engineering, combined with the bold sculptural artistry.

The design of the cockpit features a driver-oriented instrument panel with a distinctly sporty, yet welcoming personality executed with German precision. The controls of the interior are laid out based on the principle of functional grouping and cognitive ergonomics.

Compared to the outgoing model, the new Corsa lost up to 10 percent of weight, translating into a curb weight of 980 kilograms for this five-door model in its lightest form. It is about 108 kg less than the car it replaces, even though they are roughly the same size. The new Corsa is 4.06 meters long, with boot capacity of 309 litres, an increase on the outgoing model of 10%.

This car remains a compact car for navigating cities or suburban streets. It will be fully enjoyed by progressive young people, interested in the latest technology, and an active social life. These are predominantly the kind of people who do not mind being seen, hence prefer a car with a design that stands out like the new Corsa Edition. The Edition is more direct and more dynamic – for more fun behind the wheel. This small car has big car technology that offers superior connectivity.

The new Corsa Edition will cost R289,900 and will be simply the first derivative launched this year, with further versions planned for the first quarter this year, the new Corsa will appeal to a broad audience. Further details will be revealed in due course.

The new Corsa makes every drive connected, secure and comfortable with a wide array of class-leading tech features and a variety of driver assistance safety systems.