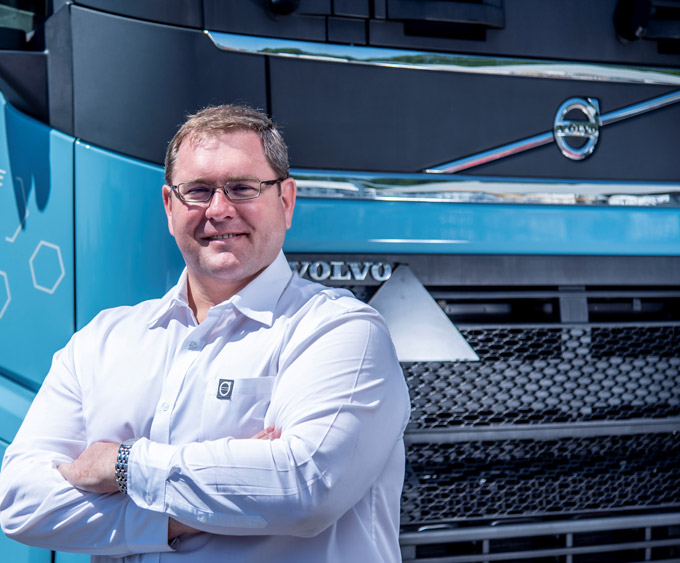 Volvo Trucks South Africa will introduce a faster I-Shift gearbox to South Africa in 2023, increasing shifting speed by up to 30%. The intelligent and automated I-Shift gearbox will see quicker response times, and subsequently provide improved drivability and smoothness to the driving of both the company’s diesel, LNG, and electric extra heavy trucks.

This technological advancement is currently being introduced in Europe.

The significant drivability improvement, which has been added to drivelines at all emission levels, is achieved by the new way in which the I-Shift gearbox interacts with the engine. The update includes faster clutch activation that results in a shorter torque interruption. It also makes the gear shifting smoother, for a more harmonious driving experience.

“Faster gear shifting makes it possible to optimise the gear selection more efficiently. And the more shifting events that the road and terrain require, the more the improvements will be experienced by the driver. With up to 30% faster gear changing now possible using I-Shift, drivers will certainly experience a very positive difference,” said Eric Parry, senior manager of sustainability at Volvo Trucks South Africa.

The high-speed shifting is achieved based on several key improvements. First, updated sensors now provide data with higher accuracy to the control unit, which features new software and a faster microprocessor, for much quicker calculation times. Second, an added disc in the gearbox brake makes it react faster before a gear shift, so it can be done earlier. Finally, the air volume has also been reduced in different actuation systems, for example the shift forks, the clutch, and the gearbox brake, to further enable a faster gear shift.

When I-Shift was introduced in 2001, it was the first-ever automated transmission designed for heavy duty trucks. It has the ability to work with the entire powertrain, since this transmission system is tailored to the engine and vehicle components already from the development phase, contributing to lower fuel consumption – and thereby reduced environmental impact. It also promotes increased safety and other important benefits including reduced noise, vibrations, and physical strain on the driver.

“With all the improvements and new variants over the years, I-Shift has had an outstanding ability to solve more and more advanced tasks in efficient ways. This means not only delivering high performance and fuel efficiency but also outstanding driveability and comfort for the drivers,” commented Parry.

Today, all extra heavy Volvo trucks are built with I-Shift as standard. Since its introduction, more than one million trucks have been sold globally with Volvo Trucks’ unique I-Shift technology.