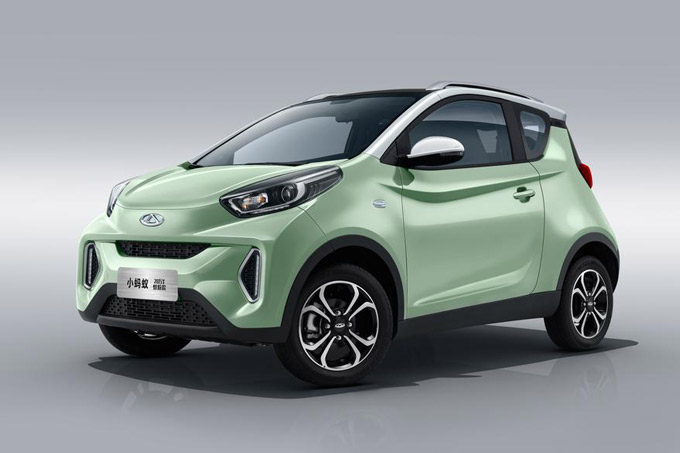 Recently, Chery's new EQ1 was launched in China. As a popular model among China's mini electric vehicles, EQ1 was first launched in 2017. After several iterations of evolution, its sales volume exceeded 200,000 in four years and it ranks No.1 in accumulative sales in the same price range. The new EQ1 launched this time is subjected to comprehensive upgrade in respect of endurance, intelligence, safety, efficiency and appearance with improved strength, which is bound to be popular in the market again.

Intelligence has become the inevitable trend of travel in the future, the new EQ1 has been upgraded intelligently, which is more intimate and can better understand you.

After upgrade, the new EQ1 is provided with the one-button automatic parking, one-button remote control, remote air conditioning starting, and charging appointment, featuring convenient and comfortable. In addition, it is equipped with 10-inch high-definition LCD screen with a sense of technology, AI intelligent voice interaction to liberate hands, mobile wireless charging to keep full charge state at any time, and Baidu Car-Life+4GWi-Fi to keep fun online anytime and bring fashionable and intelligent experience.

In addition, the EQ1 is equipped with Chery's new three-in-one motor, which improves the body integration by 70%, reduces the space ratio by 25%, reduces the weight by 15%, and has lower energy consumption and higher endurance; in addition, the new model is equipped with an integrated thermal management system, which improves the cooling efficiency by 20% and saves energy more efficiently.EQ1 features upgraded efficiency upgrade for low-carbon and green travel.

As one of the first enterprises to develop new energy vehicles in China, Chery has been conducting research and development of new energy technologies since 1999. It has a sound new energy research and development system, and has launched a series of industry-leading products.Thanks to the promotion of the mini electric vehicle EQ1 and the electric SUV EQ5, Chery's sales of new energy vehicles have set records continuously. In June, the sales volume was 7226units, up 158.1% year on year. The accumulative sales volume from January to June was 33371units, up 212.7% year on year.It is believed that in the near future, Chery's new energy models will also be launched in key global markets such as South America, the Middle East, Africa and Europe, bringing surprising new energy car experience to users around the world.

Chery is a Chinese automotive brand with global influence. It has the most powerful R&D strength of engine, gearbox, chassis and other core technologies among Chinese automobile brands, and has established a global automobile R&D team of more than 5,500 people.Meanwhile, Chery is also the first Chinese automobile company to export vehicles, CKD parts, engines and vehicle manufacturing technology and equipment to the world.Up to now, Chery has exported its vehicles to more than 80 countries and regions, with nearly 9.4 million users worldwide, ranking first in the number of passenger cars exported from China for 18 consecutive years.