FAW Trucks committed to keeping up with market trends 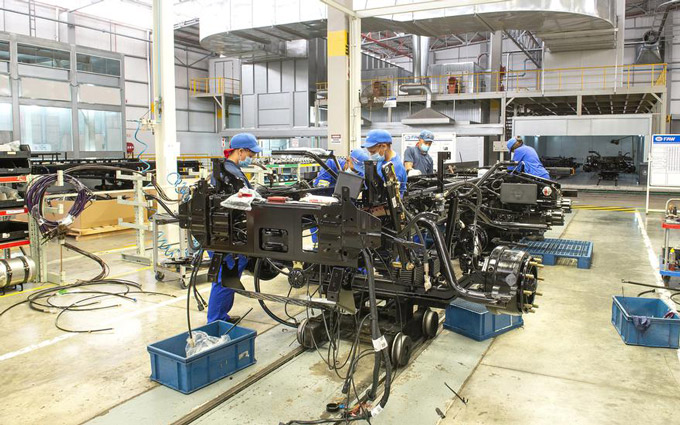 Ongoing research and development (R&D) are key to the sustained growth and survival of any vehicle brand. The same goes for FAW Trucks which has, over its 27-year history in South Africa, become renowned for its quality products and ability to cater to the unique needs of the South African commercial vehicle market.

With the FAW Group Corporation – China’s oldest and largest vehicle manufacturer – as its majority shareholder, the local operation is able to provide South African customers with products that have been researched and developed to excel in even the harshest working environments, without compromising on innovation, technology and comfort.

FAW Trucks places a high premium on R&D in order to not only maintain its leadership in the Chinese market, but also to ensure that it keeps up with the rapid advances being made in technology. Its R&D facility is based at the FAW Trucks manufacturing facility in Qingdao, China.

“The R&D centre greatly enhances the brand’s technological research and development capabilities, accelerates development of new products, and strengthens its position in global markets,” says Jianyu Hao, CEO of FAW South Africa. “One such global market is South Africa, where FAW Trucks is consistently ranked amongst the top sales performers on the sales charts.”

The brand’s local popularity can, in part, be attributed to the fact that all models sold in South Africa undergo testing to prove that they can withstand the unique – and often harsh – working conditions associated with African markets. In order to ensure that products live up to their reputation of being trucks that are built in South Africa, for Africa, most of the current model range such as the 6.130FL and 8.140FL as well as newer models such as the JH6 28.500FT are Euro 3 compliant.

Adding further peace of mind for buyers in South Africa and in other countries on the subcontinent, FAW Trucks offer warranties of up to three-years/600 000 km.

“In the highly competitive South African commercial vehicle market, durability and quality are key factors,” explains Hao. “Customers expect their trucks to withstand a rough operational environment, but also expect the vehicles to be fuel efficient, lightweight and technologically advanced. They also want a wider choice. Thanks to the R&D facility in China, we are able to bring to market robust, high-quality vehicles.”

A prime example of this continued innovation and progress is the fact that FAW Trucks is on the verge of introducing a new automatic model in the heavy commercial vehicle (HCV) segment of the local market. A new model in the eight-tonne segment will also go on sale here before the end of the year.

“These new models will carry all the hallmarks that FAW products are renowned for, namely strength, reliability and ease of operation,” Hao explains. “They will also bolster our sales performance even further as we head into the second half of the year.”

FAW Trucks achieved a significant milestone in its local history by taking the top spot in the Heavy Commercial Vehicle (HCV) segment of the local market for the first time in the first quarter of this year. It has performed consistently well in the segment ever since.

“As China's leading producer commercial vehicles, FAW Group has earned a reputation for leading that country’s automotive industry with the latest innovations. The company continues to steer its own course rather than simply imitating others. Thanks to the work done at the Quingdao R&D facility, FAW Trucks is able to lay a clear path for the future. It goes without saying that FAW Trucks here in South Africa will also reap the benefits,” Hao concludes.