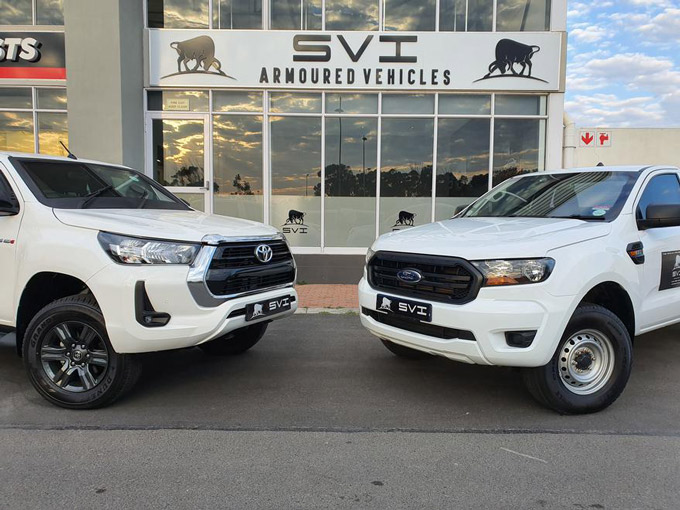 SVI Engineering, specialist manufacturer of armoured products, has opened its second national office in Cape Town. The growth in the local armoured vehicle industry plus the need to support its current client base in the Western Cape were key considerations when the decision was made to expand to the Mother City.

The office gives interested parties the opportunity to discuss their armouring needs in person while being able to touch and feel the special materials used in the armouring process. The office offers sales, rental and maintenance support by a dedicated team comprising of engineers and a business development manager. The office is situated at Killarney Junction, c/o Blaauwberg and Postdam Road and is open by appointment.

AccidentGuru has been an approved repairer of SVI armoured vehicles in the Western Cape for more than a year with the focus on armoured fleet support. Damaged and attacked armoured vehicles are repaired here on a weekly basis. It was a natural progression to grow this partnership to include a SVI sales and support office on site. AccidentGuru personnel received training at the SVI facility outside Pretoria to instal Stopgun V2.0 kits. This training was put to the test with the very first B6 armoured Toyota Hilux Double Cab built in Cape Town. SVI has now approved AccidentGuru as installer of the Stopgun kits on Ford Ranger and Toyota Hilux models. Clients can still order any of the wide range of products offered by SVI at the Cape Town office such as discreet armoured vehicles which are built at the main facility outside Pretoria.

The security and mining industries are in need of a cost effective, B6 (assault rifles including AK47 and R1) armouring solution on commercial bakkies to be used as robust support or valuable-in-transit vehicles. SVI has recognised this need and developed the semi-discreet, B6 Stopgun V2.0 armouring solution replacing the widely used double-door system with integrated door armour including flat armoured glass fitted in window frames with the option of gunports This elegant solution provides similar ballistic protection but reduces the personal injury risk considerably compared with the double-door system.

A first for this armouring segment is a fully functional curtain airbag (when standard on the bakkie) to compliment the other standard safety systems of the vehicle. A single kit takes around four weeks to prepare and installation time is only three weeks.

SVI was formed in 2004 as an innovative mechanical engineering firm specialising in armoured vehicles and products. The company is a market leader in Africa serving the individual, corporate, security, mining and governmental markets. SVI is BEE level 2 and its quality management system is certified to ISO 9001:2015 by TÜV Rheinland.