5 ways Google is changing the face of in-car infotainment 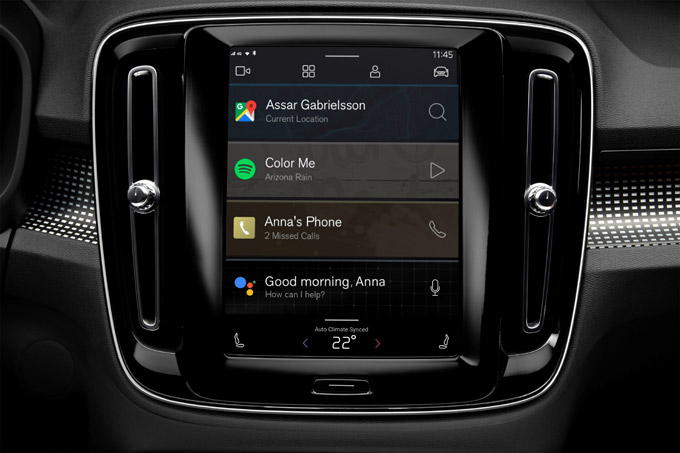 You might be familiar with Android Auto, the wireless interface that links your Google-powered smartphone to your vehicle’s infotainment system? But did you know the multinational technology giant has also developed something called Android Automotive?

The latter is an infotainment operating system (OS) that runs directly on the in-vehicle hardware (rather than on a smartphone or tablet), complete with various built-in Google applications and services. It’s an open source, highly customisable platform – which is good news for third-party developers – capable of supporting general apps built for Android as well as those already created specifically for Android Auto.

This means drivers will soon be able to use hundreds of current and future apps offered by Google, automakers and third-party developers, as long as these meet the company’s driver-distraction guidelines (and a few other restrictions).

So, what sorts of interesting features are available with this fresh operating system, which automakers that partner with Google can reskin to their requirements? Well, it’s early days yet but let’s take a look at five of the more useful ones we’ve already spotted.

1. Have a two way conversation with a virtual assistant

Vehicles running the Android Automotive OS – such as the new, fully electric Volvo XC40 P8 Recharge – ship standard with Google Assistant. This artificial intelligence-powered virtual assistant is capable of holding a two-way conversation with the user, meaning it largely understands natural speech and isn’t restricted to specific, predetermined commands. The driver is thus able to use his or her voice to control a range of functions, from adjusting the climate system to entering a destination in the navigation, changing the radio station, sending a message and even managing a calendar.

2. Control your car from your phone

The new Android Automotive OS is fully integrated with services such as Volvo On Call, offering both classic functions (such as the ability to pre-heat or pre-cool the vehicle’s cabin ahead of a journey and helping you locate your car in a crowded parking lot) and new features like monitoring the vehicle’s battery status and keeping a list of your preferred charging locations.

Android-powered vehicles come with the Libby application natively installed on the infotainment system, giving users access to millions of audiobooks even if they don’t have their smartphone or tablet with them. And, since Google Assistant is likewise integrated into the OS, the driver can safely employ voice control to find a particular title, skip between chapters, change the speed of the narration and more. Similarly, various podcast, radio and music apps are available to be embedded on the vehicle’s system.

Worried your new car’s infotainment system will soon be out of date? Well, you needn’t, since vehicles powered by Android are capable of receiving software and operating system updates over the air, effectively allowing them to keep improving over time. Over-the-air updates – which can be scheduled overnight or during other typically lengthy charging periods – cover everything from maintenance to the installation of brand new system features.

Though the open-source nature of Android Automotive OS means any number of navigation apps can be installed, the embedded Google Maps version – which, of course, can be managed using the aforementioned voice control – includes three clever shortcuts: restaurant, parking and charging stations. The latter is particularly handy for owners of electric vehicles looking to plug in. Furthermore, should you be using route guidance in your XC40 P8 Recharge, it’ll also show the vehicle’s current charge level as well as the expected level when you arrive at your destination.