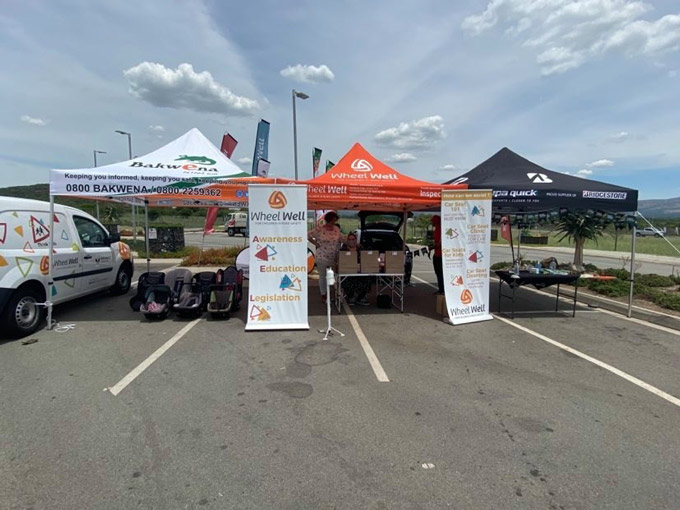 Bakwena Platinum Corridor Concessionaire (Pty) Ltd (Bakwena), has reported an overall decrease of fatal crashes along its route over the period covering December 2020 up to the middle of January 2021. A total of 6 fatalities (of which 1 was a pedestrian) were recorded along the N1N4 route during this period compared to a total of 16 from the 2019/2020 reporting period.

Spokesperson for Bakwena, Solomon Kganyago, says that this decrease can be attributed to a number of factors which include fewer road users travelling due to the COVID-19 pandemic and increased visibility of law enforcement along the route, which included roadblocks where vehicles were checked for roadworthiness, overloading as well as drivers being tested for alcohol abuse.

Bakwena continued its partnership with Motus Corporation and Kia Motors South Africa which saw an additional 6 patrol vehicles being provided to Traffic Authorities to assist with visible policing, crash assistance as well as motorist assistance. Collectively these 6 vehicles covered a distance of 59 876 kilometres along the N1N4 route. Bakwena worked very closely with traffic authorities from Tshwane Metro Police, Limpopo, Gauteng and the North West Provincial traffic authorities in an effort to create increased visibility leading to a reduction in crashes and fatalities.

Bakwena implemented additional measures over the festive season to assist motorists to plan their journeys to avoid travelling during the peak periods. Various campaigns were rolled out ahead of the festive period as well as during the festive period which were aimed at driver behaviour and vehicle safety as well as general road safety education. Two Secure-A-Kid & Vehicle Safety Campaigns were held along the N1N4 route in partnership with Wheel Well (an NPO that focuses on children in road safety) and Supa Quick.  These campaigns were aimed at educating motorists on the importance of having young children in car seats as well as providing free vehicle holiday safety checks. McDonalds (Bela Bela), Tankawa Spur (N1 Petroport) and Steers (N4 Magalies) also partnered with Bakwena on their e-tag promotion and stop and take a break campaign.

Kganyago says they will continue with their efforts to strive towards their goal of zero fatalities and is deeply saddened by the fatalities that took place along the N1N4 route. We would like to thank the local authorities, the Department of Transport, maintenance contractors as well as other stakeholders for their ongoing efforts in striving to reduce incidents and fatalities on our country’s roads. We urge motorists to abide by the rules of the road at all times to arrive at their destination safely,” concludes Kganyago