COVID-19: How Can You Possibly Believe Them? 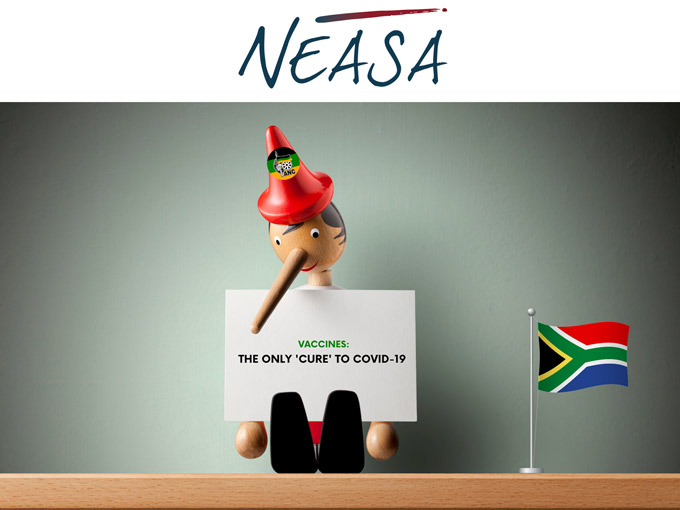 But for a few exceptions, Government and all the institutions they control are struggling; and this is putting it mildly. We can be grateful for those institutions which are still functioning, but “one swallow does not a summer make”.

Referring to the ANC Government as a ‘crime syndicate’, is perhaps a justifiable description, although this is unfair towards those individuals who do not fall into that category.

The rapid deterioration of society, institutions and infrastructure, is clear for all to see. This corrupt body is indeed in the process of imploding; and while this is happening, while those in power realise that their time is short and time to ‘get rich quick’ is limited, the country and its people suffer. Unemployment, poverty, crime and corruption rapidly increases, with no sign of change in either policy or desire to bring about the desperately needed reversal of the downward spiral.

Yet when it comes to the so-called vaccines, the same people who despise Government for their misrule, fell for Government’s only ‘cure’ for the virus - ‘hook, line and sinker’.

Why is that? How can you trust someone in one area, after he has disappointed you in every other aspect? It is foolish to expect a dead tree to carry a single healthy fruit.

How did it come about that people missed these warning signs?:

What we have seen over the last two years is one of the best orchestrated propaganda campaigns and the role of the media, in not questioning the roll-out of this bizarre scenario, will be the subject of debate for years to come.

By Gerhard Papenfus is the Chief Executive of the National Employers' Association of South Africa (NEASA).