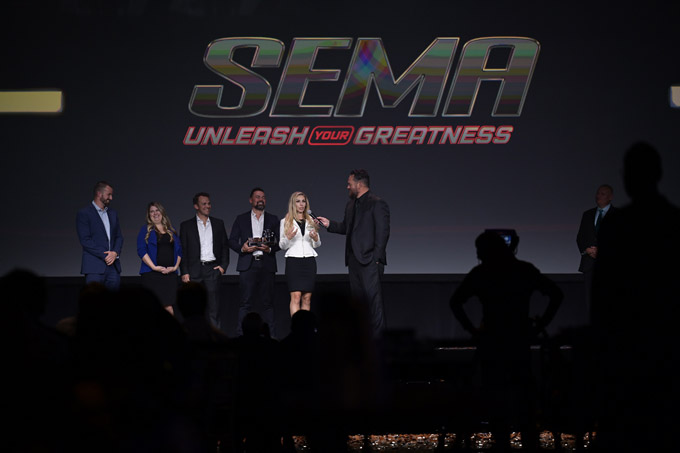 Updates to the SEMA Industry Awards reflect changes in the automotive specialty-equipment industry and give winners greater recognition for their contributions.

As ecommerce expands and data-driven transactions become more routine, the SEMA Warehouse Distributor of the Year award has evolved and is rebranded as the new Channel Partner of the Year award. This award honors the contributions of sales, distributors, retailers, and ecommerce channel(s) in the industry, while still continuing to recognize beneficial efforts by distribution companies as they support retailers.

The Channel Partner of the Year award, along with the Manufacturer of the Year award, will be presented for the first time at the SEMA Show Kickoff Breakfast on Tuesday morning, November 1, before the SEMA Show officially opens. Previously known as the New Products Awards Breakfast, the morning event on the first day of the Show makes it possible for winners to promote the honor while the industry is gathered in Las Vegas, and makes it easy for the industry to connect and honor the winners all week long.

Other industry awards, including the SEMA Person of the Year and GEN-III Innovator of the Year, will be presented at the Thursday evening SEMA Show Industry Awards Banquet. Nominations for all four awards are now being accepted at www.sema.org/awards.

“The SEMA Industry Awards represent the industry, and as the industry evolves, we’re pleased to be able to evolve the awards as well,” said Chris Standifer, SEMA Project Manager of Recognition Programs. “We’re also excited to recognize the valuable contributions of leading companies at the SEMA Show Kickoff Breakfast for the first time this year. As businesses connect throughout the week of the Show, it will be great for winning companies to be able to be recognized in Las Vegas.”

Nominating an individual or business for a SEMA Industry Award is the best way to show appreciation for one’s significant and positive impact on the specialty-equipment market. Submit a nomination by July 15 at www.sema.org/awards.