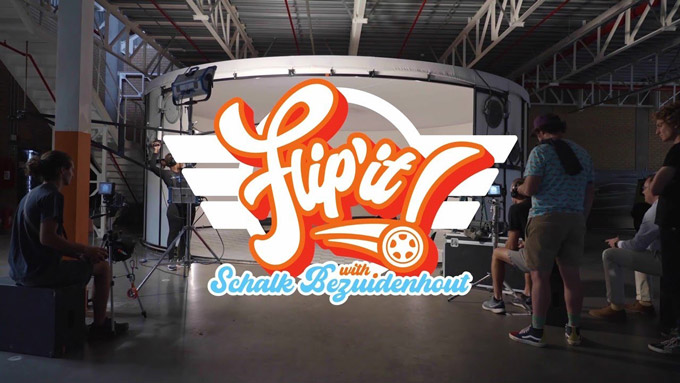 A partnership between WeBuyCars and comedian Schalk Bezuidenhout brings inimitable South African humour to the serious business of buying and selling cars.

“We recently revised our marketing plan, and part of that exercise was to evaluate and understand the queries we commonly receive from our customers on social media. This led us to the conclusion that we need to communicate information about WeBuyCars to our customers in a way that is fun, entertaining and broadly accessible,” says Rikus Blomerus, General Manager - Marketing at WeBuyCars.

WeBuyCars had two main objectives: South Africans enjoy laughing together and tend to share a unique sense of humour, so we wanted to reach our customers through this shared sense of humour, and to create entertaining content that is relevant to WeBuyCars.

“Schalk is extremely entertaining and currently, very relevant. When Schalk shared a video online, stating that his show will be bigger than a WeBuyCars branch, we found it funny and wanted to meet with him to discuss a possible collaboration.  There were instantly recognisable links between Schalk and WeBuyCars.  Like our customer base, Schalk has an extremely diverse audience. South Africans love and adore Schalk - he is one of South Africa’s most popular and enjoyed comedians and those factors made the decision to go ahead with Schalk so easy,” says Blomerus.

This collaboration has grown beyond initial expectations. “Originally we planned on producing the “Flip It” series, but Schalk then came up with the petrol video concept and we loved it!”.

The numbers speak for themselves.  In less than two months, the video received more than two million views on YouTube alone.  In the same timeframe, Facebook statistics show that the video reached 227 974 people, and garnered 2 488 reactions, shares and comments. Adding to this, Bezuidenhout shared the video on his pages, receiving 185 000 views and 11 384 reactions, shares and comments on Facebook, and there were 80 000 combined views on WeBuyCars and Bezuidenhout’s Instagram pages.  Anecdotally, people are talking about the videos, and they have gone viral on WhatsApp.

WeBuyCars is planning to release an initial run of 12 videos.  Bezuidenhout, along with Bouwer Bosch and Bennie Fourie from Freckle Productions, finalised and produced the videos.

“These videos bring some unexpected levity and a laugh to the business of buying or selling a car. Anyone can share Schalk’s madcap humour by subscribing to WeBuyCars’ YouTube channel.  There are more videos featuring Schalk in the pipeline, and when you think it can’t get any funnier, Schalk proves you wrong,” Blomerus concludes.­­

Links to the videos: