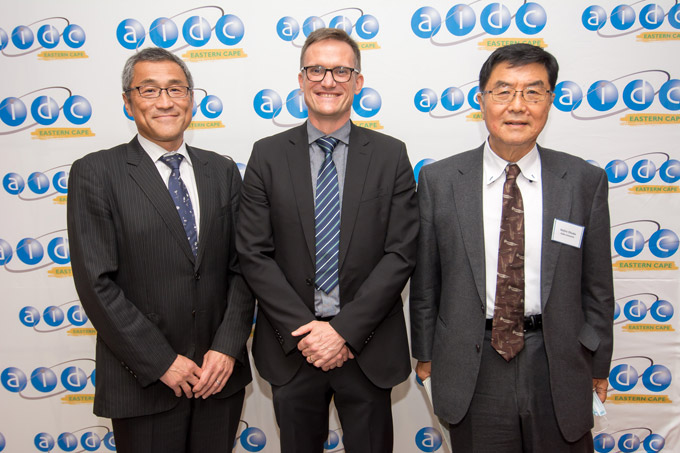 A sustained program to inculcate a culture of Kaizen is anticipated to make monumental economic shifts within the Eastern Cape manufacturing sector.

The national productivity gains achieved through the program will be spearheaded by the Eastern Cape’s prolific automotive manufacturing base, according to the AIDC Eastern Cape.

AIDC Eastern Cape CEO, Thabo Shenxane said the region which accounts for about half of South Africa’s light vehicle exports and 43 % of South Africa’s Light Vehicle Production would partner with the Japanese International Cooperation Agency (JICA) to roll out a substantial Kaizen implementation program earmarked for competitiveness improvement of suppliers within the automotive industry.

Kaizen is a Japanese business philosophy that focuses on gradually improving productivity by involving all employees and by making the work environment more efficient.

The Eastern Cape is the base for 42% of the NAACAM directory of suppliers and four of the Big 7 OEMs namely Volkswagen, Mercedes-Benz, Isuzu and Ford as well as FAW and BAIC.

“We have great confidence that a Kaizen culture and tools will have a profound impact for the future of automotive manufacturing in South Africa”, Shenxane said. “Presenting empirical results from Kaizen programs at eight Tier 1 South African manufacturers between 2016 and 2019, JICA demonstrated the following results:

The results clearly justify scaling up of the Kaizen Philosophy in the automotive manufacturing sector. And, like JICA, we believe that South Africa can compete with India and Thailand’s automotive component industries, but we agree on a common vision and plan for this to be successfully executed in our province,’’ Shenxane said.

Shenxane said the AIDC Eastern Cape would work closely with a range of stakeholders, led by JICA, Toyota Wessels Institute for Manufacturing Studies, AIDC Gauteng, NAACAM, naamsa | The Automotive Business Council and the dtic. “At least, the Provincial Government has clearly demonstrated its commitment by resourcing the AIDC EC to support supplier competitiveness”.

JICA and partners launched the Quality and Productivity Improvement (QPI) program to Tier 2 and 3 automotive suppliers in Gauteng, KZN and Eastern Cape, our major manufacturing hubs, during May 2022. Centered around the philosophy of Kaizen, the program includes the scientific tracking of improvement data attached to Kaizen training.

“The idea is to reach out to at least 120 Tier 2 and 3 component suppliers, over the next three years. This will involve the close analysis of data and training, which will present scientifically proven results that will serve as a further springboard to deepening Kaizen even further into the component manufacturing sector”, Shenxane said.

Kaizen is a global management method that drives Quality and Productivity Improvement (QPI). Through embedding a culture of Kaizen the AIDC EC with JICA and partners aim to capacitate suppliers resulting in access to new markets, attainment of international benchmarks and the development of new opportunities, Shenxane says.

At the launch of the QPI Project in Nelson Mandela Bay on May 11, Toyota Wessels Institute of Manufacturing Studies Executive Director, Dr Justin Barnes underlined the importance of cultivating a culture of monozukuri, an aspect of Kaizen, to advance firm competitiveness.

“Monozukuri speaks to value created through manufacturing and pride in the value of creation, the cornerstone of which is long-term thinking even at the expense of short-term profits. It asks: How do we use manufacturing to provide citizens a better life.”

“The sector is shedding jobs and becoming more capital intensive at a time of employment crisis. To achieve a high-income society, the driving force is manufacturing productivity and good jobs, wheras the economy is now welfare dependant.”

Barnes noted that the auto industry had performed better than the manufacturing sector at large, increasing vehicle production from 376 000 units in 1995 to 632 000 in 2019 but that the “dark cloud was that local content had dropped.”

“There is a great need to support 2nd and 3rd tier supplies but we are faced with the strategic challenge that more than 70% of vehicles produced are exported and our domestic market is small and non-dynamic. South Africa’s exported vehicles service the most demanding market globally, Europe, which puts OEM and Tier 1 purchasing departments under significant quality standards pressure, which is why we have to stimulate the domestic markets. This might allow for standards differentiation that will allow smaller firms to manufacture for the local market,’’ Barnes said.

“It is fitting that an automotive manufacturing resurgence in the country is driven from its epicenter in the Eastern Cape. Moreover, socio-economic development of the region depends on the growth of the automotive manufacturing sector, which is why the Eastern Cape Provincial government and the AIDC Eastern Cape wants to continue to drive a culture of Kaizen into the supply chain, it can only benefit the industry, suppliers and the province at large.’’ Shenxane said.