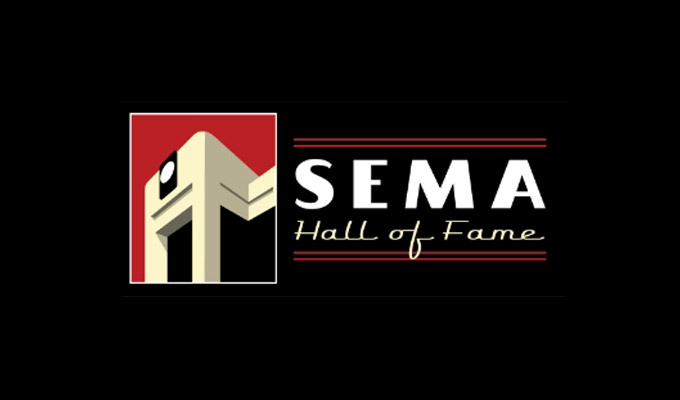 Created in 1969, SEMA Hall of Fame honors are bestowed on trailblazers who have significantly impacted and enhanced the growth of the automotive industry. Its members are considered heroes, and each individual has a unique story to tell. The industry is invited to join in honoring the new SEMA Hall of Fame members during the 2022 SEMA Awards Gala (previously known as the SEMA Installation Gala), on July 29, in Anaheim, California. 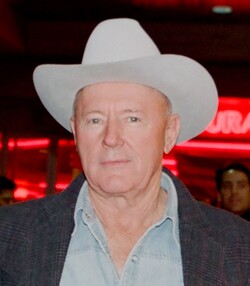 Walker Evans: Walker Evans began off-road racing in 1969 and became the first off-road racer to win the Baja 1000 as a driver of a fullsized truck in 1979. Over the course of his career, he has won more than 150 off-road desert and short course races, including championships in the Baja 500, Baja 1000, Fireworks 250, Mint 400 and Parker 400. Beyond racing, Evans is a pioneer in the off-road market, having collaborated closely with automakers such as Ford, Chevrolet and Dodge; worked with major tire manufacturers and suppliers; developed purpose-built products to meet off-road racers’ needs; and paved the way for new opportunities and growth. In 2004, Evans joined SEMA as a delegate on a visit to China to develop new business opportunities and partnerships for the industry. Evans is a role model who inspires young members to deal with emerging technologies and intense legislation, and promotes innovation and creativity in sustaining SEMA, as well as the racing and high-performance industries. 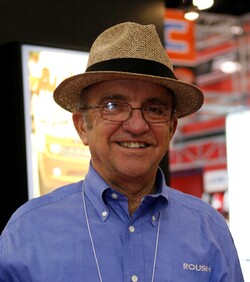 Jack Roush: For more than 40 years, Jack Roush has been committed to winning on and off the race track. Early in his career, he founded Roush & Gapp—a race team he formed with Wayne Gapp that won multiple championships in NHRA, IHRA and AHRA Pro Stock drag racing. Later, he established Jack Roush Performance Engineering and began supplying racing engines and components for drag, oval-track, and hill-climb cars as well as for offshore power boat contenders. In 1984, Roush was commissioned by the Ford Motor Co. to develop cars and engines for the SCCA Trans-Am and IMSA Camel GT racing series. Roush further expanded his Roush Racing operations in 1988, before establishing Roush Fenway Racing in 2007. The team has claimed two NASCAR Cup Championships, four NASCAR Xfinity championships and one NASCAR Truck Series title. Roush also made major safety contributions to stock-car racing, including the development of roof flaps to prevent rollovers. In addition to his racing successes, Roush is founder and chairman of Roush Enterprises, a global supplier of product development services, including design, engineering, prototyping, testing and manufacturing. He also oversees Roush Performance Products, a supplier of aftermarket performance parts, and he manages Roush CleanTech, a manufacturer of alternative fuel systems. 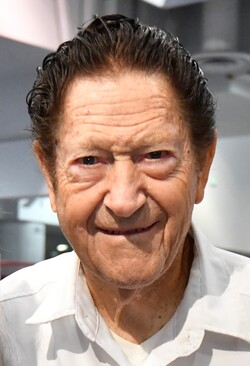 Robert Eugene "Gene" Winfield: Robert Eugene "Gene" Winfield is an American automotive customizer and fabricator who has been involved in the industry for more than 70 years. He started building hot rods in the backyard of his mother’s house in the ’40s, and came to national prominence in 1959 with a stunning quad-headlight take on a ’56 Mercury two-door hardtop immortalized as the Jade Idol. Besides fashioning his own unique brand of customs, Winfield became famous for inventing the fade paint job. Winfield also played a key role in promoting custom car modifications to the general public by supplying modified cars for movies and TV shows, including a vehicle in the iconic 1982 film "Blade Runner." No fewer than three Winfield creations have won the America’s Most Beautiful Roadster award, which is the Best Picture Oscar of the hot-rod world. Revered as “The King of Kustoms,” Winfield was featured in the first DVD in a series called “The Kings of Kustoms”—a documentary highlighting car customizers.

In addition to formally introducing Evans, Roush, and Winfield as SEMA Hall of Fame members during the 2022 SEMA Awards Gala, the annual event on July 29 will include recognitions of the newly elected and the outgoing SEMA Board members. All SEMA members and industry professionals are invited to join the celebration by purchasing tickets at www.sema.org/gala.