What is the future of fuel retailing in South Africa? 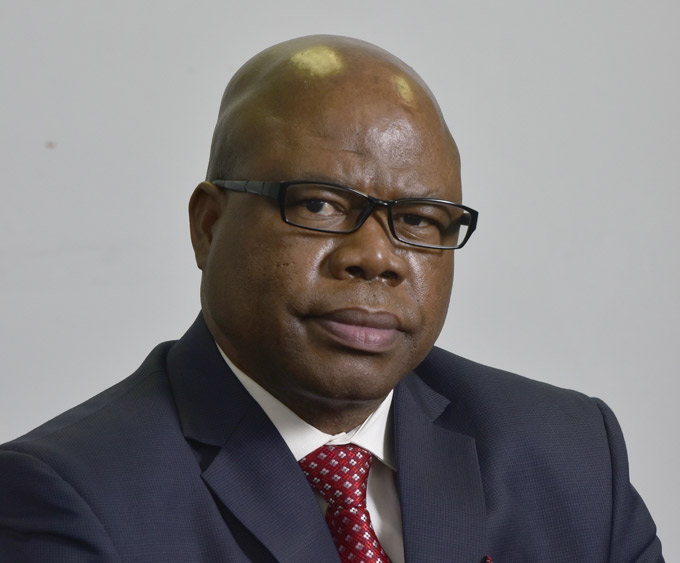 The complexity of the fuel retailing sector and the myriad of issues that surround it are enough to make anyone’s head spin. For those operating fuel retail stations it’s like juggling multiple balls at once... on the one hand focusing on the challenges of the fuel conundrum in South Africa with its declining volumes and profit margins, and onerous legislation from both government and industry standards and labour issues. On the other hand balancing much needed income streams from forecourt shops and other services with onerous franchise agreements. No other industry is as complex and as challenged as the fuel retailing sector.

When the Fuel Retailers Association held its annual conference in September 2019, the theme of the conference was ‘Changing Landscape’ and focused on the Fourth Industrial Revolution that was going to mark the turn of the decade. According to Reggie Sibiya, CEO of the FRA, the presentation by international guest speaker Mark Wohltmann, Director, National Association of Convenience Stores (NACS), Europe at the conference focused on the big industry issues, the trends that would impact the sector and what the next big disruptors would be. “We could see what was happening in Europe and the USA, with total deregulation and the move to electric and hybrid mobility starting to become a reality but we thought we had enough time to wrap our heads around how we would tackle the issues when they came our way. Little did we know that six months later we would have to fast-track to 4IR due to Covid-19 and the changing economic and consumer landscapes.”

Speaking at the Franchise Association of South Africa (FASA) Conference held at the end of August 2021 that highlighted the Automotive sector as one of the key franchise sectors, Reggie Sibiya stressed that fuel remained a very strategic resource albeit capital intensive due to the nature of its assets. “The bottom line, however is that the economy and people need fuel – at least for the immediate future. It is also very labour intensive and currently employs over 83 000 people and has 4 500 SMMEs running fuel retail operations.”

Fuel is the major part of the business making up 60 – 80%, depending on location; urban sites progressively doing more convenience and other supplementary streams, more than in rural areas. Margins are fixed, pump prices are increasing and change every month. “With no relativity between fixed margin and the movement of prices, most of the operating expenses are linked as a percentage of the pump price so when the pump price goes up, the operational expenses also go up yet the margin is fixed annually,” says Reggie Sibiya. “This leads to the erosion of the operational margin at the end of the day which is not a good or healthy situation to be in.”

“COVID-19 impacted the industry with volumes dropping by 80% with many operators pleading for rental relief from landlords, bank holidays and with very little or no support from government. Then came the July riots and looting and the sector lost over R300 million to looting and property damage – the combined COVID-19 and looting cost the industry billions of rands in both revenue and tax collection through fuel levy and road accident fund.”

The pull/push challenges to stay in business

The picture today, as oil companies try to claw back to profitability, is one of economic challenges coupled with declining volumes due to people spending less on travelling, margins being eroded and compromised through lack of collaboration in the industry. “Our industry is peculiar in that our value chain has a lot of players who have different interests – to get them to work together and collaborate on issues that are beneficial to the industry is a mammoth task, says Sibiya. “But we continue to work on that and won’t give up.”

With margins lagging behind, rampant inflation, compliance costs and the missing elements like credit card costs which were introduced in 2010 for the FIFA Soccer World Cup and never reviewed, you have a cauldron of insurmountable challenges. “Remember, margins are determined by the minister of mineral and energy resources and once determined they are fixed. If operational elements are not in the margins operators are under-recovering and will take the strain.” says Sibiya. “A 2016 KPMG study showed exactly that – we were under-recovering 12c per litre on cost recoveries and those adjustments have never been factored into our margins.”

The poor implementation of the RAS model talks to the split on the other element of the margins – the profit margin – the way it was calculated left a lot to be desired. The department left the negotiation of the split of that element between the retailers and the oil companies which then becomes a serious challenge because it upsets the balance of power between the two parties. The Fuel Retailers Association has taken the matter to court on behalf of all fuel retailers against the minister of mineral resources and energy.

Unregulated costs, like airtime, Lotto and even cigarette sales were compromised over time – it is becoming tighter and tighter to operate the service station business – both in relation to regulated and unregulated elements of the business. With increasing pump prices and fixed margins, we are way below the appropriate levels that we should be recovering, explains Sibiya.

“Labour challenges have been compounded by rising levels of unemployment and retrenchments as a result of COVID-19 although the industry was taking strain even before the pandemic,” says Sibiya. “As hardships of the compromised retailer margins continue, retrenchments continue to increase with no clear strategies to address this problem from government”.

The sector retrenched 3 658 employees during the pandemic period – a trend that is going to continue until government intervenes or the economy fully recovers. The looming issue of the 4th Industrial Revolution and how that is going to impact the training of the labour force is another challenge, says Sibiya who points out that COVID-19 has forced and fast tracked this transition at a point when the industry was not ready for it. “How to train young people for future 4IR jobs when other jobs become redundant are the challenges facing the industry.”

The FRA believes in the long-term sustainability of bargaining councils and plays a major part in engaging with them but the extension of scope to non-parties is a serious threat, as in the absence of centralised bargaining, SMMEs will be forced to spend a lot of time dealing with trade unions which is not desirable or productive as their focus must be on running their businesses versus them spending time on bargaining issues. “We are expecting tough wage negotiations in view of COVID-19 and the very slow economic recovery,” says Sibiya.

In terms of legislation fuel retailing is a unique industry with a myriad of regulations underpinned by various legislations, contractual agreements, SABS standards, bargaining councils and POPIA – the list is endless and a challenging area, says Reggie Sibiya.

Petroleum Products Acts and its regulation challenges include the proliferation of service stations and the rampant illegal trading which is threatening the sustainability of existing service stations businesses; if it is not addressed seriously we may as well forget about the survival of the fuel retailing business.

12B arbitrations - a clause enshrined in the petroleum products act – for which the Fuel Retailers Association fought long and hard for this to be incorporated and to address the issue of unfair contractual practices which is on the rise, has caused a lot of hardships both from the franchisor and franchisee side.

The Consumer Protection Act, although in place for some time has so many different codes and for a sector that operates multi faceted businesses, the challenge of figuring out where it belongs– whether with the CGCSA code, FASA’s franchise code, MIOSA’s code – has proved to be quite a challenge as we can’t belong to all of them.

Whilst the transformation sector code is underway, it has proved to be slow in delivery. Certain peculiarities unique to the sector, such as how fuel turnover is measured, are a major concern. Whilst other unregulated businesses are measured per turnover excluding VAT,   fuel turnover is inflated by the fuel levy, the road accident fund levy and other levies. As an association the FRA needs to deal with such issues to ensure that the categorisation of all these fuel retailing entities is properly allocated in terms of the threshold revenues which exclude such things as levies.

Deregulation is another issue that needs to be watched carefully as it is a concerning picture which has benefits for customers but dire consequences for businesses. The trend globally in card interchange fees is also causing an outcry from retailers worldwide who want to see card interchange fees being reduced as they can be steep in terms of operations expenses. Fortunately in South Africa we have the Reserve Bank project which is in phase 4 and currently dealing with the issue.

In a recent presentation at the Franchise Association of South Africa Conference, Reggie Sibiya illustrated with evidence of how South Africa is already trapped in deregulation with only the Petrol Pump Price being the only thing regulated in the entire pricing value chain. The trend of reducing retailer margins, increasing traditional and non - traditional competition via new brands and supermarkets, relaxed product importation regulations and shift to convenience retailing, points to the fact that we are on the journey to full deregulation which will erode jobs and SMMEs as we see in other global markets. This needs the Department of Mineral Resources & Energy to intervene urgently to sustain the jobs and SMMEs in the sector, otherwise all will be lost.

How future trends will impact the sector

New alternatives to fuels and imaging customer needs is driving the evolution of the industry with electric vehicles and hybrids being slowly introduced driven by an emissions reduction global agenda. South Africa, which exports as much as 64% of the combustion engine cars it produces to countries like the UK, who have very clear cut legislation that phases out the use of combustion engines, will feel the impact on the economy going forward.

“The key drivers to future trends lies with customers creating a competitive edge where the evolution needs to move from the needs of the vehicle to the needs of the driver and their passengers,” explains Reggie Sibiya. “In other words from defining our customers as drivers in cars who want to refuel to defining customers as people on the move who need something – and that something is as open as the sky is the limit.”

Creativity needs to come in to figure out how we meet those needs as and when they arise. This is where convenience retailing comes in and how to position ourselves when electric vehicles become a reality. With this scenario playing out on a daily basis, service station owners then need to add convenience stores, fast food & beverages, car washes, car and trailer hire, with electric or hybrid vehicle charging spots, laundry services or even future potential in pharmacies on the radar to make ends meet. That’s the future of the fuel retailer – a businessman like no other juggling multiple facets in an ever-changing economic landscape.