The Golf 8 GTI officially goes on sale in South Africa 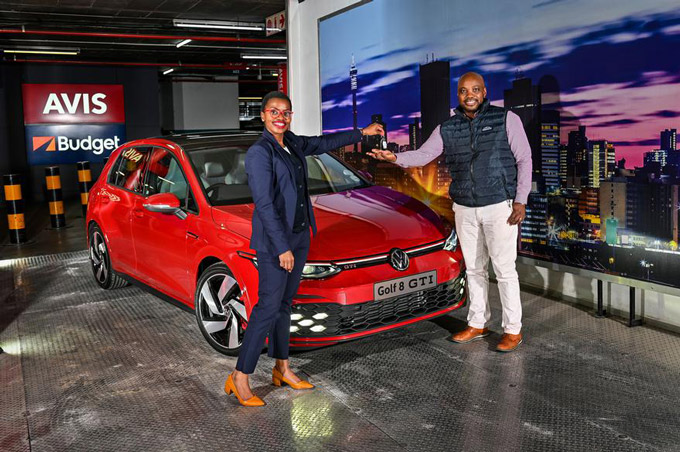 The Golf 8 GTI will officially go on sale from Volkswagen Dealers in South Africa from 1 September 2021.

AVIS was the first customer to take delivery of the Golf 8 GTI in South Africa.

“Part of our success as a brand is attributed to sales to the rental industry. Volkswagen has the highest passenger car share of the rental market which is 34%. AVIS remains a key strategic partner for the Volkswagen brand because it accounts for 50% of our rental channel sales,” said Steffen Knapp, head of the Volkswagen Passenger Cars Brand.

Over 7 000 units are sold to AVIS each year, which is approximately 10% of Volkswagen’s total annual vehicles sold in South Africa.

The partnership between Volkswagen and AVIS began in January 1971 with the delivery of 96 Beetle 1300s. A year later, Avis tripled the order which included 1600cc Beetles, Type 4s and Microbuses. By 1981, Volkswagen has sold its 10 000th car to AVIS which was a Golf. In 1996, AVIS became Volkswagen’s biggest customer when a record number of 3 805 vehicles were delivered to them during that year. In 2008, Volkswagen delivered the 100 000th vehicle to AVIS and to date over 200 000 units have been delivered to AVIS.

“2021 is a special year for Volkswagen and AVIS as we celebrate our 50-year partnership. We are proud of how the partnership between the two organisations has grown since the humble beginnings in 1971. We are also excited to be the first customer to take delivery of the Golf 8 GTI in South Africa which will be an important model of our AVIS Luxury Cars fleet,” Rebone Motsatsi, AVIS Executive: Car Rental Operations.

Click here for more information on the Volkswagen Golf 8 GTI.