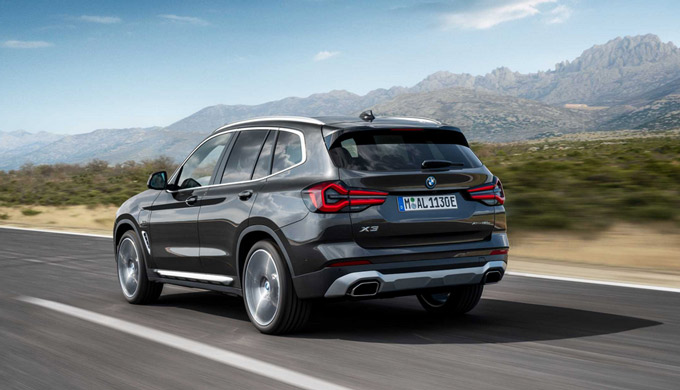 The production of the BMW X3 at Rosslyn is a vote of confidence in the country and in BMW Group South Africa’s associates.

The next chapter in South Africa’s automotive story gets underway this week as BMW Group South Africa starts production of the new BMW X3 Sports Activity Vehicle (SAV) at its Rosslyn plant, outside Pretoria.  Building on the success of its predecessor, this occasion once again demonstrates the BMW Group’s commitment to its operations in South Africa.

The X3 was first produced at BMW Group Plant Rosslyn in April 2018 after a R6.2bn investment in the plant to prepare it for production. This was the biggest investment of its kind at the time for BMW Group South Africa. Following the assembly of the 200,000th BMW X3 at Plant Rosslyn on Friday, 6 August 2021, today the BMW Group South Africa is proud to reach another production milestone.

Success of the X3 to date

The continuation of the BMW X3 story in South Africa demonstrates BMW’s commitment to operations in the country, and follows on the sales success of the model that has been established as a clear leader in the segment in 2020.

With strong numbers achieved in the first half of 2021, the vehicle has not only been a success locally but also abroad with 95% of the cars produced at Plant Rosslyn destined for export to close to 30 markets.

For the last three years in a row, BMW Group South Africa claimed segment leadership as the top-selling luxury car brand in the country.

Protecting livelihoods and securing the future of the plant

This continuous trend further secures the future of Plant Rosslyn, as well as the livelihoods of more than 40 000 people directly and indirectly employed at BMW Group South Africa’s facilities and within the supply chain.

BMW’s factories are famous for their flexibility, and Plant Rosslyn is no different. BMW Group Plant Rosslyn was the first plant built by the BMW Group outside of Germany. The plant built the BMW 3 Series for 35 years, manufacturing 1,191,604 units during the period and increasing production with each new model.

We achieve more together when #WeAreUnited

Peter van Binsbergen, CEO of BMW Group South Africa and Sub-Saharan Africa, says: “The production of the new BMW X3 at Plant Rosslyn is a huge vote of confidence in this country and in BMW Group South Africa’s associates. This result was achieved through our associates’ hard work and efforts, despite the difficult economic conditions over the past few years. Plant management and our associates at the plant have my full backing and support to deliver the best results on such a crucial vehicle in our network. We are excited and determined to continue contributing to the global success story of BMW X models,” van Binsbergen concluded.

Johan Mouton, Technical Director at Plant Rosslyn, says: “As a BMW family and as part of the X-family, we are driven by a passion for excellence, and striving to always be number one. With this model, we have been given yet another opportunity to prove our competitiveness and strength as the natural choice for BMW X3 production, for South Africa and the world.”

BMW has refreshed its successful X3 SAV with a new look and improved equipment. The redesigned front end and revised rear section lend even clearer emphasis to the robust off-road look and sporty appearance of the new BMW X3. The BMW kidney grille and headlights have been redesigned along with the front apron and rear bumper, while new graphics have been applied to the rear lights.

The refresh is rounded off with a modern interior with new equipment features and updated infotainment, underlined by the optional M Sport package.

The new, locally-produced BMW X3 range will be on sale from 1 October 2021. Indicative pricing is as follows: