Must Read: "... reducing hunger and poverty, improving standards of living ...": The ANC's thinking is deeply concerning 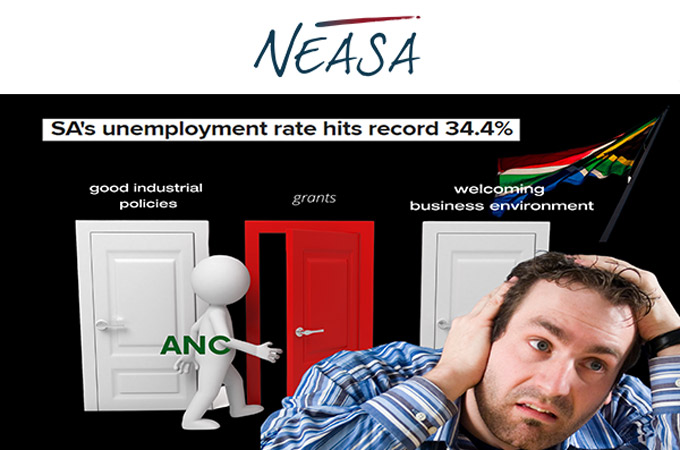 South Africans are currently engulfed by business hostile measures and regulatory burdens, all part of the thrust towards a socialist South Africa.

Then there is the attack on the foundation of any prospering society - property rights, which, if introduced, will push South Africa over the cliff. The disastrous handling of Covid-19, the transformationist agenda coupled with it, the consequent damage to business and livelihood, centrally executed by bureaucrats, were ground-breaking in terms of softening up the population for future measures.

The latest disastrous plan, the so-called “comprehensive social security reform”, now confronting South Africans, was published on 18 August 2021. The ‘beneficiaries’ of this plan will be “working-age South Africans”, between 18 and 59 years of age, and the aim, according to the Green Paper published by the Department of Social Development, will be to “reduce hunger, reduce poverty and improve people’s standard of living”, by awarding grants amounting to R585, R840 or R1,268 per month respectively.

According to the Green Paper, the existing social grants for children, the elderly and people with disabilities will be maintained.

The Green Paper further states that the financial cost for this venture will be approximately R200 billion per annum, which will require a 10 percent tax increase for higher earners.

Whether this madness will ever realise, only time will tell, but the mere fact that the ruling party considers this as an option, is very concerning.

Are they not aware that the only way out of poverty is through productive work, and for that, you require prospering business, which in turn requires good industrial policy and a welcoming business environment?

While the plight of the poor is indeed very concerning, the method by which the Green Paper aims to achieve it, is not the answer. If “reducing hunger and poverty, improving standards of living” is the aim, the outcome will be exactly the opposite. This type of thinking merely accelerates the pace to disaster.

The question remains whether the ANC will ever be able to break from their ideological rampage currently devastating this country.