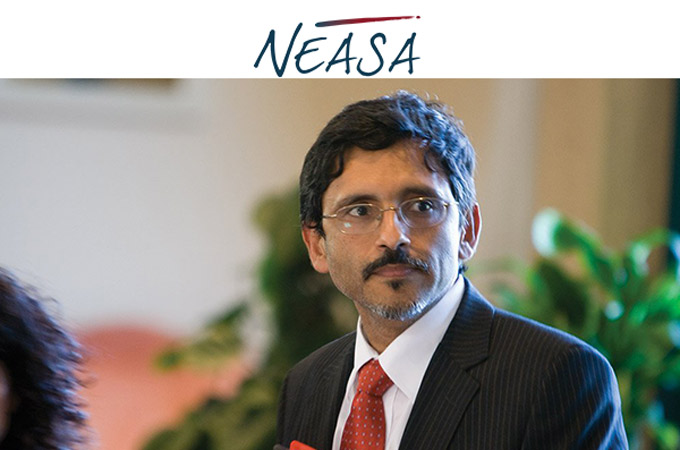 First published in BusinessLive on 16 August 2021

Parts of this article has been highlighted by NEASA's  Media department

Red flags are being raised about how trade policy is being developed in SA right now.

It’s vital that we understand this, since trade policy determines to what extent SA adopts a protectionist stance; to what extent it integrates into global markets; and the extent to which it uses quotas, tariffs and other trade barriers to generate revenue and protect local enterprise.

It also determines how much we pay for commodities — including, by the way, pineapples, which have become increasingly important during the lockdown ban of alcohol sales.

Only, there are some alarming things happening in SA, not least of which is that the department run by minister of trade, industry & competition Ebrahim Patel has released a number of new “industry master plans”.

A service called Global Trade Alert tracks, among other things, the number of harmful trade interventions countries introduce. Its data hints at a wider story.

This reveals that since 2008, SA has been introducing increasingly more harmful trade interventions, and fewer liberalising ones.

In 2009, the government introduced only 14 measures that could be considered harmful. By 2020, this had grown to 44 in that one year alone.

In total, a staggering 58 harmful trade practices relate to metals, and 20 to sugar (coincidentally the two industries for which Patel has released “master plans”.)

But it’s not just the number of “harmful practices” – this debate goes to the heart of who crafts the policies that determine what we can buy, what we can sell, and at what price.

Now, there may well be some laudable rationale for Patel’s trade policy, but it’s becoming increasingly difficult to assess just what that might be.

We already have a body tasked with developing trade policy: the International Trade Administration Commission of SA (ITAC). By law, the ITAC is tasked with investigating customs tariffs, providing trade remedies, and controlling imports and exports.

By all accounts, the ITAC runs a fairly slick operation — or at least a transparent one. It has a set policy framework, does economic impact assessments, provides regular public reporting, and has skilled staff with diverse backgrounds in economics, trade law and other disciplines.

In other words, the ITAC shouldn’t be bypassed by some quasi process.

Yet, increasingly, trade policy appears to be developed outside the ITAC. Patel seems to have taken a different route, seemingly bypassing the normal process.

It seems he’s being advised by a small core group of industry representatives and together, they’ve developed a series of industry-specific master plans.

Broadly speaking, these master plans have laudable objectives. They seek to secure industrialisation and localisation for everything from sugar and steel to poultry, automotive, furniture and clothing. They are aimed at getting SA to produce more locally.

But the trouble is, they seem to be developed in a vacuum using an opaque process.

The working groups that have created these plans seem potentially to be little more than an echo chamber that reflects the sentiments of large companies — which means these plans are often created at the expense of smaller industry players.

Critically, the master plans often appear to be thin on research and impact assessments, and big on boardroom groupthink. They reflect the views of connected captains of industry who have a stake in the outcome, and who use their clout to secure policy positions that are best for them.

Their work lacks the transparency and rigour of an ITAC investigation — and yet, often, these plans have a far greater impact on the market.

The suspicion is this: has Patel simply created a seat at the table for those lobbyists with the deepest pockets?

These working groups have no legal status, yet SA runs the risk of their “industry master plans” effectively usurping the role of the ITAC. No matter how well-intentioned, these master plans should not be allowed to take the place of proper policy.

And yet this is exactly what is happening: policy decisions that have a significant and harmful effect on the Southern African Customs Union (Sacu) are made without any consultation with Sacu, as happened with the debate about clothing rebates.

And when it came to scrap metal, implementing a price preferencing system and banning scrap metal exports wiped out R6bn in annual export revenues — with little engagement and even less apparent commercial substance.

It illustrates exactly why Patel’s approach to consultation has been described as being inconsistent at best. Sometimes he calls for comment, sometimes he doesn’t. Often he sets unsuitably short timeframes for comment, technically satisfying the requirement for consultation, but not substantively.

And Patel has reportedly refused to disclose details of the members of the various working groups — even to affected industry insiders.

Judging by their reports, the ITAC has not actively been involved in developing the master plans. Instead, Patel has introduced far-reaching tariff measures which appear to be based on the say-so of the connected few.

It’s not meant to be like this. Social compacts are powerful tools; engaging with industry is a powerful tool; and responsive policies are powerful tools. But the critical caveat is that this must be integrated into the appropriate policymaking forums – not sit opaquely alongside them, or bypass them entirely.

We do not need trade policies developed by oligarchs.

Globally, we’ve seen how this kind of administrative capture has the fox guarding the henhouse. It allows big business to bend the government’s policy objectives to suit its own preferred outcomes.

And it illustrates the holes in our policy process. As it stands, we need far greater participation in the development of our trade policies, using processes that are far more transparent, through government institutions that are legislatively mandated to do so.

We need trade policies that produce outcomes for the greater good; we don’t need more opacity that allows ministers to sidestep protocols.