AMSA vs the Steel Downstream: The ultimate arrogance: AMSA not bothered by expiry of safeguard duties 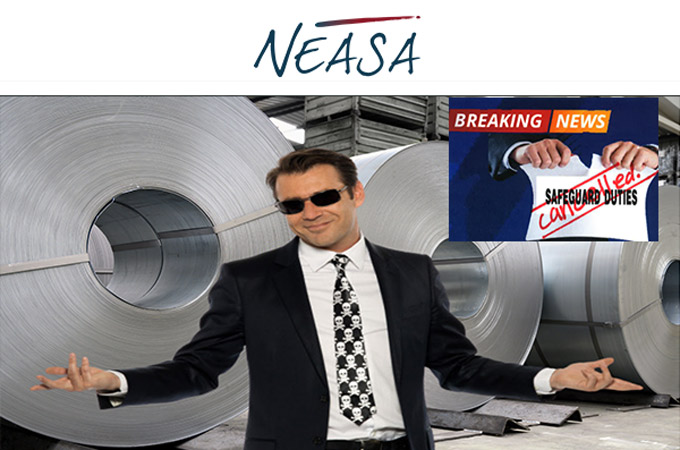 AMSA is trying to downplay the extreme benefits they enjoyed as a result of the imposing of the safeguard duties during the last four years:

The safeguard duties on hot-rolled coil would have expired in August 2020, but it was unlawfully extended by Government for another year - until 10 August 2021. This decision by Government was challenged by Macsteel in the High Court and an out-of-court settlement resulted in the 8 percent safeguard duty expiring this month. (The 8 percent safeguard duty is on top of the 10 percent ad valorem duty, bringing the total duty payable on hot-rolled coil to 18 percent).

Therefore, if the application of safeguards was never such a big deal for AMSA, why did they fight so hard to get it in the first place, then to maintain it and even to extend its lifespan?; they even supported Government in the recent matter against Macsteel, as mentioned above.

AMSA’s indifference about the application of safeguards, merely emphasises the fact that the downstream’s interests are immaterial to AMSA; for them it is all about AMSA, even if it causes devastation for the downstream, and even when the application (or not) of safeguards, does not really matter. This is the ultimate form of industrial arrogance.

Remember, AMSA is still pursuing even more duties on other products: duties on 9 new tariff codes on steel, that they do not even manufacture, as well as an application for 120 percent duty on certain structural steel.

The fact that Government protects AMSA, boosting their selfish conduct, to the detriment of the downstream, simply cannot be excused. It is time that Government, in the making and the execution of policy, scrap all remaining import duties.