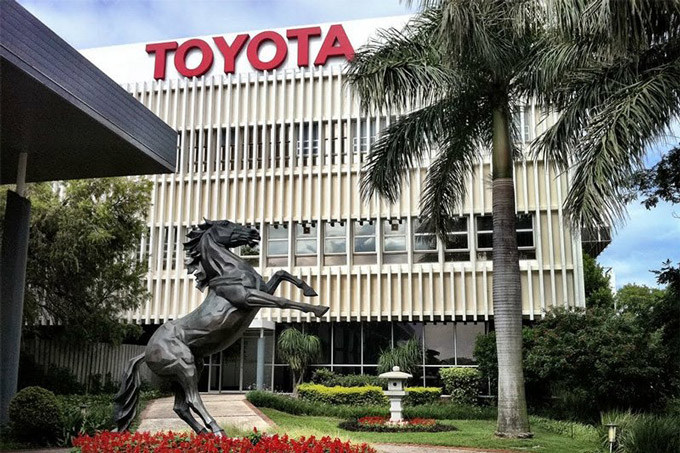 Toyota is concerned about the violence and looting in KwaZulu-Natal and said it is not certain if it can continue to invest in the province or the country.

In January, Toyota South Africa Motors announced it would be manufacturing the new Corolla Cross in South Africa in the fourth quarter of the year.

The model reveal followed the company’s announcement in 2019 that it was investing R2.43 billion in the production of a new passenger vehicle in South Africa.

“We will be manufacturing the Corolla Cross in both right- and left-hand drive for South Africa and the rest of Africa right here at the Prospecton Plant in Durban,” Toyota South Africa Motors CEO Andrew Kirby said at the time.

It is also the first time that Toyota would be manufacturing a hybrid model, which Kirby believes will fast become a very popular choice.

“It is also the first time for us to manufacture using the Toyota New Global Architecture — which allows us to keep up with global technology and trends,” said Toyota South Africa Motors executive vice president, Nigel Ward.

The violent protest in KwaZulu-Natal is now causing uncertainty about the future of Toyota in South Africa.

Itai said a key priority for Toyota is the safety and welfare of their employees, their families, and the communities within which they operate.

“The safety and harmony within this ecosystem is a fundamental value we strive for because it enables us to be a successful business and thereby contribute to the communities and economies within which we can operate”.

Unfortunately, he said, the incidents in the city have “left Toyota feeling very uncertain about the future of its business in KwaZulu-Natal”.

“Our manufacturing operations in the south of Durban were forced to close and have remained closed since Monday, 12 July 2021. We are uncertain as to when it will be safe enough for us to resume operations.”

The closure of Toyota South Africa’s manufacturing operations jeopardizes the company’s future sustainability as it embarked on a recovery mission following the Covid-19 pandemic.

The temporary closure of its Durban plant and the Durban harbour has negatively impacted Toyota’s ability to fulfil its export mandate. Other areas had to satisfy the demand.

The closure of the N3 to Gauteng also means that Toyota South Africa is unable to deliver vehicles to customers in Gauteng.

Imai said the recent spate of riots have a significant impact on its plans to further invest in the country, especially when it comes to its alternative energy cars.

Toyota South Africa highlighted that it is busy with preparations to launch its first locally produced “new energy vehicle” later this year.

The uncertainty caused by the unrest in KwaZulu-Natal means key deadlines may be missed. This, in turn, will hurt future prospects of Toyota’s local operations.

Toyota South Africa’s management team has been engaging with eThekwini’s local government leaders, but they could not provide clear plans to stabilize the region.