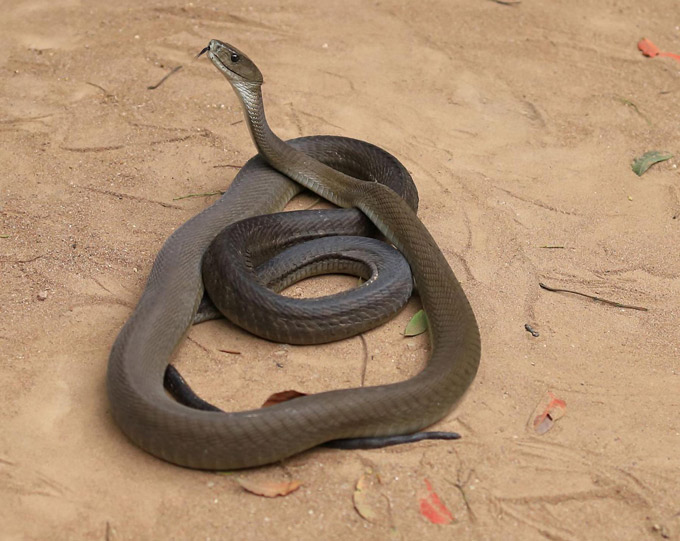 The Ford Ranger’s versatility is constantly pushed to extremes by organisations like those supported by the Ford Wildlife Foundation (FWF). Whether helping conservation projects such as cheetahs, rhinos or penguins, having a vehicle that makes it possible for the team to arrive on the scene quickly and with all the necessary equipment makes all the difference.

World Snake Day, on 16 July, highlights Ford South Africa’s widespread involvement in conservation through the FWF. Gabriel Sithole is one of the FWF ambassadors who has an affinity with snakes in his home province of KwaZulu-Natal and other areas.

Sithole has been part of the FWF family since 2017 and says that his Ranger has helped open his eyes to conservation and reaching far-flung areas that are sometimes only accessible by 4x4.

Besides being a passionate wildlife photographer, Sithole is helping to change the perception around snakes by educating communities. “Snakes are misunderstood reptiles,” he says. “When people see a snake, they immediately think that it is going to bite them, but this is completely untrue. Snakes are in fact extremely wary of humans and are not prone to strike if unprovoked. A bite is generally their last-ditch effort to protect themselves. Snakes are also great at controlling undesired populations of mice and rats which can become a health risk.”

“The number of snake encounters has shot up because we are encroaching on these reptiles’ natural habitat, a trend confirmed by BioWeb. Settlements at city outskirts often don’t have proper waste removal services and this is a contributing factor in attracting mice and the rats,” Sithole explains.

Sithole has some advice to mitigate one’s chance of coming into contact with snakes, and what to do if you get bitten by a snake.

“Besides removing waste, rubbish and keeping your garden clean, make sure to watch where you walk and look carefully before taking each step. Many of the narrow paths in grassland areas are where rats and mice run up and down and this also attracts snakes, typically ambushers like puff adders. Get familiar with a snake handler in your area – save their number on your phone – and do not try and handle any snake by yourself. It’s also a good idea to know the types of venomous snakes that live in your area. This will help you identify them and give the hospital the right information to prepare an anti-venom should you be in the unfortunate situation of being bitten. And lastly, keep calm at all times,” Sithole concludes.

Lynda du Plessis, manager of the Ford Wildlife Foundation, is proud to see the FWF Rangers hard at work. “The Ranger thrives in the rugged conditions in which FWF ambassadors like Gabriel work. This often entails long distances, heavy loads and rough terrain. The Ranger is, therefore, a crucial enabler for the wildlife and conservation staff at the more than 25 projects we support. Having a capable vehicle such as the Ranger helps them access often remote and difficult-to-reach areas of the country to do their important environmental work. Gabriel leads by example and we are grateful for his passion and commitment in removing the irrational fear around these misunderstood reptiles.”