A must read: At least something is being done about the rot at the Compensation Fund 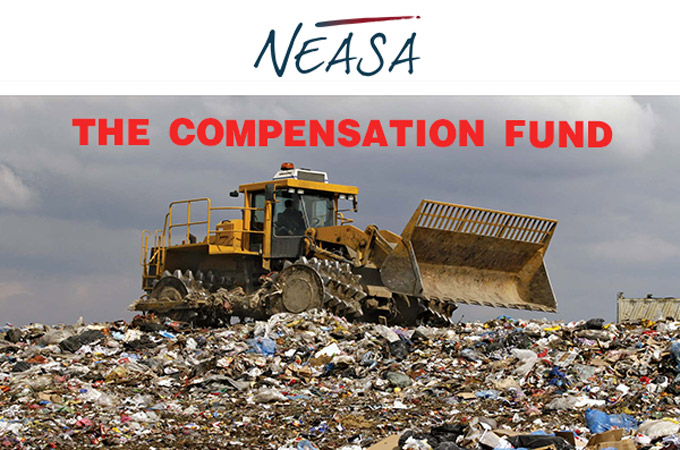 NEASA has, for years, reported on and campaigned against the rot that has permeated the Compensation Fund.

Consequently, NEASA is cautiously optimistic to see that the tireless campaigning against the demise of the Fund and the endless looting of its coffers, is at last addressed by Scopa, the Parliament’s finance watchdog. Scopa’s tightening of the grip around the neck of this corrupt state institution, gives hope that the continued fightback from the private sector will no longer fall upon deaf ears.

According to the Minister of Employment and Labour, Thulas Nxesi, forensic investigators will be appointed by the end of June to get to the bottom of the rot at the Fund.

The Fund has been in a mess for years amid growing irregular, fruitless and wasteful expenditure. The crisis has largely been due to mismanagement and lack of capacity, with the Auditor General raising concern about the lack of action against implicated officials. About 400,000 employers contribute close to R9 billion annually to the Fund, yet for several years the Fund has been the target of complaints about tardy payment of claims to beneficiaries and medical practitioners.

The Fund’s problem is deeper than the issues potentially addressed by a forensic audit. The crux of the Fund’s problem lies with the majority of its staff who possess the worst possible work ethics, a bunch of feet-dragging sluggards who have simply forgotten how to do a day’s work, who simply do not have any desire to serve the public’s interest. Unless this is addressed, and it is unlikely that it will, there will be no fundamental improvement.

By Gerhard Papenfus is the Chief Executive of the National Employers' Association of South Africa (NEASA).