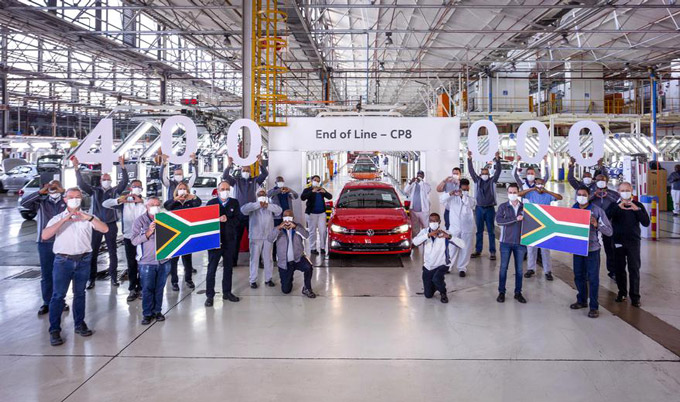 This achievement comes less than four years after the plant began manufacturing the current Polo model in September 2017. Of the 400 000 Polos manufactured locally since 2017, 73 786 vehicles were made for the local market and 326 214 were built for export. The Polos built in Kariega are exported to all right-hand-drive markets worldwide, while VWSA also supplements production for left-hand-drive markets.

“This is a proud moment for our team, who have proven their dedication to delivering for our customers in abroad and in South Africa,” said Ulrich Schwabe, Production Director at VWSA. “I would like to thank every employee, whether on the production line, in the office or working from home, for continuously striving for excellence. This milestone could not have happened without their contributions.”