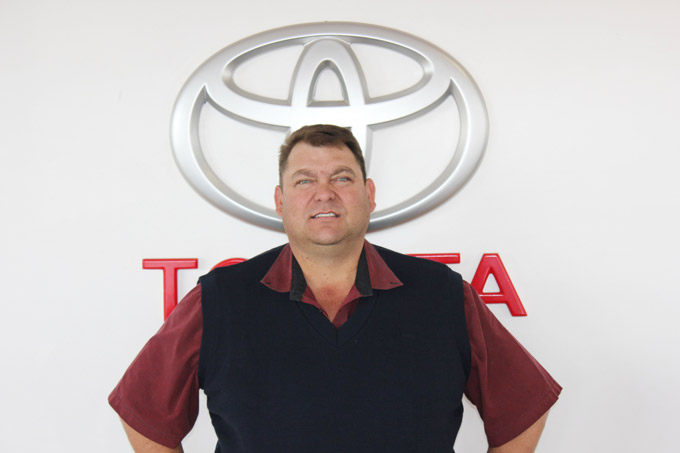 The winners of the annual MSX NADA Business of the Year 2020 Awards (BOTY) were announced via live broadcast on YouTube recently.

Now in its 22nd year, the MSX NADA Business of the Year Awards honour the exceptional performance of managers and their teams at automotive dealerships across the country. It is the only independent validation of dealership profitability. MSX International (MSX) measures the financial performance of over 1,500 South African franchised dealers and recognise the top performers across five categories:

The overall BOTY Award drills down to three nominees drawn from the three top performing dealerships across these five categories. This year’s BOTY finalists included dealerships from every corner of South Africa, from Algoa to Buffalo and Francistown, Outdtshoorn to Polokwane and Groblersdal.

An additional award is presented in a category named Most Improved Performance Group Member. This award is one that has been in existence for many years, prior to the inception of the BOTY awards. Dealers in this group are evaluated over a two-year period.

In congratulating the finalists, Athol Quin, MSX International Director: South Africa & Sub-Saharan Africa said: “To have been nominated as a finalist and won awards in this period is a phenomenal achievement. Automotive retail went through a very difficult period at the onset of the hard lockdown in March last year. I am amazed at how the industry has adjusted and adapted to what is happening around them.”

Marcia Mayaba, Vice Chairperson of the National Automobile Dealers’ Association (NADA), who was a co-presenter of the awards said: “Despite extremely trying times, dealers were able to triumph through the most adverse times. They were able to innovate, show leadership and commitment and still succeed. What a time to be alive, from the studio, virtually presenting these prestigious awards to an amazing group of dealers. It is an incredible opportunity, and I am humbled and grateful to be here today.”

Carte Blanche Presenter, Masa Kekana, who was the emcee for the event, paid tribute to those who suffered, those who fell ill with the coronavirus, and paid homage to those who succumbed and sadly lost their lives over the past 12 months.

Independent Dealership of the Year

Mafikeng Toyota and Hino won this year’s Independent Dealership of the Year award. Joseph Lewis, dealer principal, dedicated the award to every person working at the dealership. When asked what he found important in his leadership over these trying times, he said: “Honesty in everything we do is an imperative. Sticking to the basics is also a key to our success.”  South Coast Volkswagen and Midbay Motors were placed second and third respectively.

Listed Group of the Year

“Communicating with everyone in the dealership as to what the objectives are, keeping an eye on costs on a daily basis, and making corrections as we went along made all the difference,” said Stephan Delport, dealer principal of McCarthy Volkswagen Arcadia, who took the honours in this category. Communicating on a regular basis and measuring every metric, every day, is what kept this dealership on track. The other finalists were Makopane Volkswagen and CMH East Rand.

Private Group of the Year

Luxury Dealership of the Year

This category saw Audi dealerships placed first and second, with Audi Centre Arcadia winning the award again. Last year it was also placed first in this hard-fought category. Phillip Clough, the dealer principal was thrilled to receive the award for the second consecutive year, and paid tribute to his team.

“We benchmarked our performance from the preceding year, pre-COVID, and the result is that we managed to exceed the previous year, achieving real growth, year-on-year. Everyone jumped on board. I am privileged to have an experienced, stable and highly successful team with whom I work.” Audi Centre Hatfield and SMG Hillcrest were the other two finalists in the luxury category.

Commercial Vehicle Dealership of the Year

Hino dealerships swept the top three awards this year with Hino Algoa coming out on top. William Whitefield, dealer principal, thanked the whole team at the dealership, acknowledging that without them the award would not have been possible.

“We had one focus, and that was to keep the team inspired and motivated throughout the lockdown. We brought humour into our lives, spent time with individuals, paying an interest in their lives at all times. Commercial Vehicles is a highly specialised environment and the team showed resilience in tough times. The team is young and worked 24/7, pushing through unprecedented times,” said Whitefiled, who was very emotional when hearing that the dealership won the award. Hino Buffalo was placed second with Hino Pietermaritzburg, placed third.

This category is measured on continuous improvement on its return on assets (ROA) and was won by Suzuki Rustenburg.

Upon receiving the award, Anzo Ashcroft said that he was “honoured and felt very blessed and grateful at winning this category.” He went on to say that they made specific culture changes at the dealership inculcating integrity, innovation into everything they did. It was a true team effort, he said.

The other finalists in this category were, Outdshoorn Nissan, placed second and Suzuki FCA Menlyn coming in third.

“Being a finalist in this category, in a pandemic year, speaks volumes about these dealerships,” said Athol Quin.  “Being a finalist means that you have embraced what the future of an automotive dealer looks like, a blend of physical, digital and remote work.

Overall BOTY Dealer of the Year

NTT Toyota Groblersdal, BB Auto Polokwane and Motor Holdings Francistown were announced as the top three contenders for this prestigious award that is based on the top scoring and overall performance out of all five category winners.

NTT Toyota Groblersdal was placed at the top of the podium in the 2020 MSX NADA BOTY Dealer of the Year Award, for the second consecutive year. “Thank you, MSX and the other sponsors, for this honour,” said Neille Faber, who elatedly accepted the award and paid tribute to the whole team at NTT Toyota Groblersdal, friends of the dealership as well as the community, acknowledging that without their support, this award would not have been possible. “All praise goes to the expert team, each and every employee who embraced the NOW slogan, and focused on those things within our control. We had a phenomenal year, and I am so very proud and thankful. If it wasn’t for the team embracing the challenge of NOW, this wouldn’t be the result,” concluded Faber.

“Reward and recognition are so important. From NADA, thank you for keeping up the momentum to be acknowledged as finalists. Winning is what we work for, especially in times like these,” concluded Marcia Mayaba.

MSX / NADA Business of the Year Awards for 2020

Independent Dealership of the Year

Listed Group of the Year

Private Group of the Year

Luxury Dealership of the Year

Commercial Vehicle Dealership of the Year

Overall Dealer of the Year