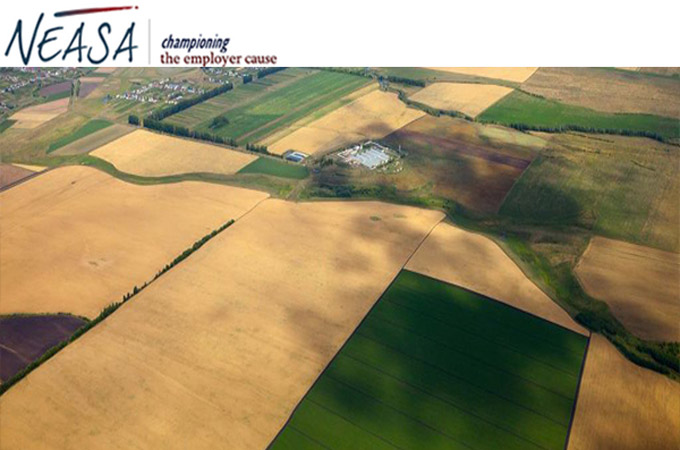 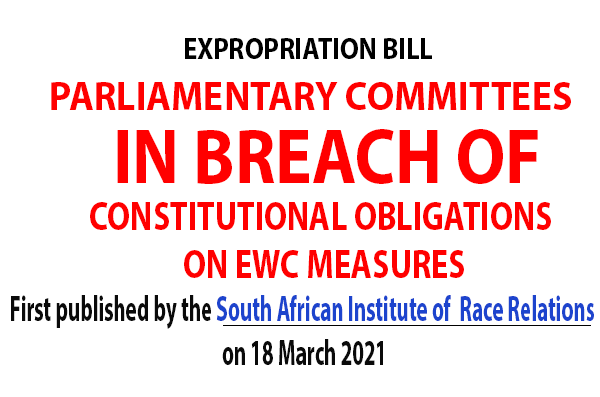 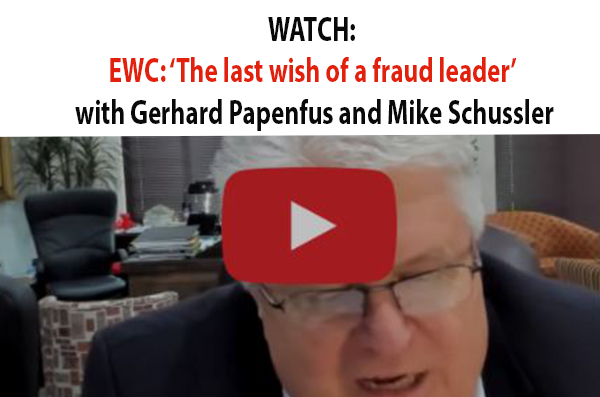 Both of the parliamentary committees dealing with expropriation without compensation (EWC) bills have breached their constitutional obligations to ‘facilitate public participation’ in the legislative process, says the IRR.

Both committees therefore need to start again, with a ‘great reset’ that includes a proper socio-economic assessment of both bills – and a new willingness to take into account the great dangers in EWC and the many objections to it that South Africans have raised.

Some 90 000 written submissions on the Expropriation Bill of 2020 (the Expropriation Bill) streamed into the portfolio committee on public works and infrastructure by the 28 February 2021 deadline. Many of the people who took the trouble to write in probably objected to the Bill’s wide-ranging EWC provisions and unfair expropriation procedures.

The portfolio committee is most unlikely to have read these 90 000 written submissions in the past two weeks, so it does not know the content of these documents. Nor does it know how many individuals and organisations asked, in their written submissions, for the chance to make oral presentations too.

Undeterred, the portfolio committee is nevertheless forging ahead with the oral presentation stage. It has invited 21 individuals and organisations to make oral submissions to it next week, on 24 and 25 March. Yet many other people may have asked to make oral presentations too, but are being arbitrarily and unfairly denied this.

‘In rushing ahead in this way,’ says the IRR’s project manager, Terence Corrigan, ‘the Portfolio Committee is ignoring Parliament’s constitutional obligation to “facilitate public participation” in the legislative process. It is also overlooking a number of Constitutional Court judgments which emphasise that a tick-box attitude to public consultation is not enough.’

The IRR has therefore today written to the secretary of the Portfolio Committee to ask that it halt any further processing of the Expropriation Bill until all the steps needed for proper public consultation are in place.

This committee received more than 204 000 written submissions by the end of February 2020, shortly before the Covid-19 lockdown began. It too has yet to read all the documents that people took the trouble to send in.

On oral presentations, the Ad Hoc Committee’s initial decision was to deny anyone the chance to address it as it regarded an arbitrary March 2021 deadline for the completion of its work as more important. Though it has since agreed to hear oral presentations, it refuses to let this process extend beyond next Thursday (25th March) – irrespective of how many oral submissions might thus be excluded.

‘Both committees need to draw back, recognise the deep flaws in their public consultation processes, and start afresh. Moreover, if the public is truly to have an opportunity to “know about the issues”, as the Constitution requires, both committees should ensure that the country’s most knowledgeable and experienced economists are commissioned to conduct a comprehensive socio-economic assessment (SEIAS) of the likely costs and consequences of EWC – especially in South Africa’s straitened economic circumstances.

‘Since 2015, government policy has required that a final SEIAS report be appended to every bill released for public comment. However, this has not been done for either the constitutional amendment bill or the Expropriation Bill.

‘A proper SEIAS report is particularly important at this juncture because of the unprecedented economic damage the lengthy Covid-19 lockdown has already caused. In these circumstances, South Africans need a full evaluation of the enormous additional economic damage EWC is sure to generate.

‘As Zimbabwe and Venezuela have found, EWC will choke off direct investment, promote a flight of capital and skills, and worsen already sky-high unemployment rates. It could also provoke a banking crisis, an upsurge in inflation, and a wider sovereign debt default.’

Having breached their constitutional obligations on public participation, both committees should embark on a ‘great reset’ to correct these deficits, the IRR says.

Both should therefore start afresh by securing comprehensive SEIAS reports, accurately identifying the great costs of EWC – and jettisoning the ideological commitment to state ownership and control that currently prevents proper public consultation on both EWC bills.