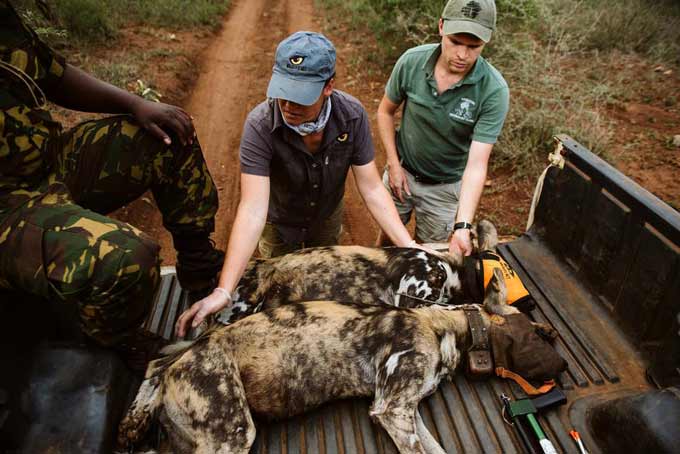 The Wildlife ACT Emergency Response Fund at the Somkhanda Game Reserve can now rely on a tough and capable locally-assembled Ford Ranger Double Cab 4x4, provided by the Ford Wildlife Foundation (FWF), to deliver enhanced rapid emergency response to save endangered species. The announcement coincides with World Wildlife Day which is celebrated annually on 03 March.

Wildlife ACT was founded in 2008 to actively protect the future of endangered animals by developing sustainable, long-term monitoring and conservation projects. Its team at the Somkhanda Game Reserve – a 12 000-hectare community-owned reserve situated in the heart of Zululand, KwaZulu-Natal – focuses on the monitoring of African wild dogs, lion, elephant, rhino, buffalo and other endangered and threatened species.

The Wildlife ACT Emergency Response Fund provides rapid emergency response to save animals that have been snared, injured, dispersed or escaped from the game reserve. It pays for the critical veterinary costs, the rapid retrieval of dispersing species using helicopters and vehicles, and the recovery of animals in serious danger of being killed.

“We are incredibly grateful for the FWF’s support,” says Pippa Orpen, project manager for the Wildlife ACT Emergency Response Fund at Somkhanda. “Having access to an extremely capable 4x4 vehicle in the Ford Ranger is an essential tool in enabling us to respond quickly to these emergency situations, and helps us save these endangered species.

“Our Emergency Response work across the region covers a mosaic landscape of protected areas, communal residential and agricultural land and requires a reliable and hardworking vehicle that can get us to remote areas to save wildlife and reduce potential costs to landowners,” Orpen says.

Wildlife ACT has also initiated Community Conservation projects to help change community attitudes towards wildlife – and predators in particular – to ensure their survival and sustainability.

“Wildlife ACT does amazing work around the country, and it is a privilege for the Ford Wildlife Foundation be directly involved in its Emergency Response Fund project at the Somkhanda Game Reserve to care for and protect endangered species,” says Lynda du Plessis, manager of the FWF. “Ford Rangers are used by FWF-supported projects around South Africa to provide safe, comfortable and dependable mobility for the conservation organisation staff, with many operating in very remote and rugged areas, which is where the Ranger excels.”

For over 30 years, Ford South Africa has actively been involved in the conservation of wildlife and ecosystems in South Africa and Sub-Saharan Africa. The Ford Wildlife Foundation (FWF), which was established in 2014, continues Ford’s long-standing support of conservation projects in Southern Africa by providing a ‘Built Ford Tough’ 4x4 Ranger Double Cabs to partner organisations. During the two-year loan period, the vehicles are monitored and serviced by Ford's extensive dealer network to ensure optimum performance and efficiency.