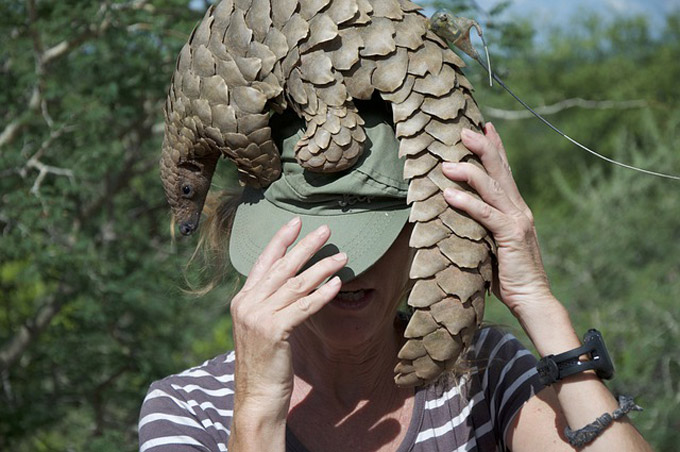 In commemoration of World Pangolin Day on 20 February 2021, Investec today announced plans to fund and support the first dedicated pangolin veterinary ward in Africa in partnership with the Johannesburg Wildlife Veterinary Hospital (JWVH).

This new initiative broadens Investec’s commitment to sustainability and the preservation of critically endangered wildlife, which the financial services provider champions through its flagship Investec Rhino Lifeline initiative and its support of endangered African Wild Dogs through Endangered Wildlife Trust’s Carnivore Conservation Programme.

“We believe that corporate investment in biodiversity and inclusive conservation is vital to sustaining South Africa’s rich wildlife and benefits future generations of both people and animals. We’re delighted to extend our support of critically endangered species to include pangolin – through rescue, awareness, community upliftment and combatting illegal wildlife trafficking.”

While illegal wildlife trade is a global crisis, South Africa has become a global hotspot for poaching and trafficking syndicates due to the country's biodiversity and abundant wildlife. Globally, these illicit activities generate around $23-billion annually, which makes illegal wildlife trade the fourth most profitable criminal activity globally, yet it lacks prominence as a financial crime.

In Africa, animal species such as rhino, lion, elephant and pangolin are being hunted to extinction. Pangolins are targeted for their scales, which are used in traditional medicine, and for bushmeat markets.

“Pangolins are currently the world's most trafficked non-human mammal. In 2019, 97 tonnes of scales were trafficked from Africa, which equates to roughly 160,000 pangolins,” states Nicci Wright, co-founder of the Johannesburg Wildlife Veterinary Hospital and wildlife rehabilitation specialist.

The hospital has established itself as a global leader in the field of pangolin veterinary treatment and rehabilitation by developing specialised treatment protocols for these animals.

The JWVH is currently the only facility mandated by the South African government to treat and rehabilitate pangolins confiscated in South Africa by the SAPS and conservation law enforcement officers on a long-term basis.

The facility has already treated over 130 pangolin patients since it opened in March 2017. And together with the African Pangolin Working Group (AWPG), the JWVH oversees the release and post-release monitoring of all pangolin discharged from the hospital.

“We provide treatment to all small and medium indigenous wildlife free of charge and, as such, rely solely on the support of our community and corporate sponsors, like Investec, to fund our hospital,” adds Wright.

Through this support, and the expertise of co-founder and head veterinarian Dr Karin Lourens and her team, the JWVH has raised its treatment, rehabilitation and release rate from 50% to 80% over the last four years.

“Regarding the need for a dedicated pangolin ward, these shy, nocturnal creatures require a quiet, temperature-controlled environment to recuperate. Investec's commitment will create a separate, safe and calm space for them,” explains Dos Santos.

“The financial support will also help to kit out the hospital with the latest equipment, including a theatre light, an oxygen generator, an examination table and an X-ray machine, necessary to treat these critically endangered mammals and provide them with optimal care.”

Dr Lourens and her team will conduct all medical treatment on pangolins in a specially designed ward with its own theatre. The dedicated pangolin ward, which is offsite at an undisclosed location, will help to reduce the stress on these animals and improve their chances of recovery.

“This investment supports our vision to become a world-class provider of veterinary care for endangered pangolins, while also serving as a teaching hospital for veterinary students and a base for academic research to support global conservation efforts,” concludes Wright.