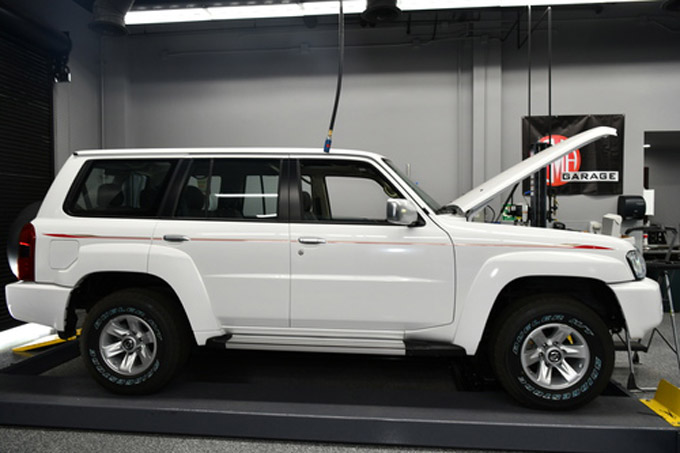 SEMA members are invited to measure an ’18 Nissan Patrol Y61, which is not sold in the United States, but is popular to customize in both the Middle East and Australia. The truck, desired for its off-road (typically sandy terrain) prowess and on-road comfort, has been imported by SEMA into the United States through a temporary waiver (as it is not U.S.-spec’d).

Available for measuring is the five-speed manual transmission and a 4.8L petrol six-cylinder engine. There is no charge for members to measure the vehicles.

This rugged vehicle, manufactured in Japan, is extremely popular in the United Arab Emirates and throughout the Middle East. The Nissan Patrol Y61, little changed from the model that has been on sale since 1997, is popular not only in the Middle East but also in Australia and New Zealand. New-vehicle sales in these markets stopped in 2016, but with 900 per month sold in the region during its heyday in Australia, there are numerous Y61s still on the road down under. The Nissan Patrol is available in the United States for six more months (SEMA imported the truck under the U.S. government waiver program to measure vehicles that do not meet U.S. NHTSA and EPA standards).

For the past 10 years since its inception, the SEMA International Vehicle Measuring Program’s (IVMP) goal has been to make it easier for members to access popular international vehicles not sold in the United States. The Patrol is the seventh vehicle made available through this program, which SEMA launched in partnership with the U.S. Department of Commerce.